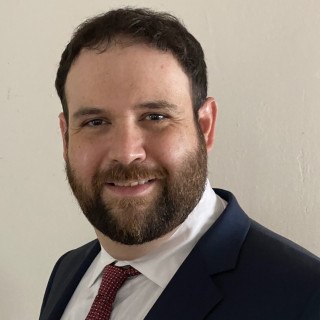 
Originally from the Rio Grande Valley, he graduated in the first class of the Science Academy of South Texas in 1996. Edward earned his B.A. (Pre-Law/Theatre) in 2001 from Texas A&M University - Corpus Christi. He earned his J.D. from St. John's University School of Law in 2019. While there, he was the recipient of the Dean's Scholarship, was three times awarded the Dean's Excellence Award, and was frequently named to the Dean's List. Edward served his internship in the chambers of Hon. Vito Destefano.


Edward joined the Law Offices of Anthony S. Cannatella in 2019. Prior to attending law school, he spent fifteen years as a professional stage manager/director/actor in the local New York theatre scene as well as on regional tours. He has been a founding member of two theatre companies and has produced numerous shows.


Edward is a published attorney. His article establishing grounds for standing in civil rights cases involving historical symbols was published in 2020 by the Michigan Journal of Race and Law.

Symbolism and the Thirteenth Amendment: The Injury of Exposure to Governmentally Endorsed Symbols of Racial Superiority
Michigan Journal of Race and Law