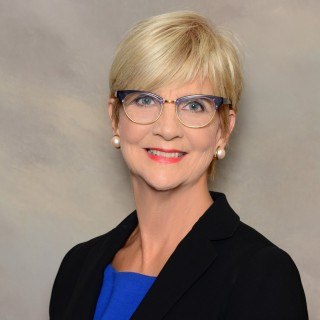 A member of the Florida Bar since 2004, Mrs. King began her legal career in the Office of the Attorney General. She served as a Staff Attorney for the Seventh Judicial Circuit at both the DeLand and Daytona Beach Courthouses. In 2006, she joined the law firm of Smith, Schoder & Bledsoe, where she specialized in medical malpractice defense, workers compensation, and school board defense. She is also admitted to practice in the U.S. Middle District of Florida and in West Virginia. In 2013, she joined the Rice Law Firm. Mrs. King is trained in Collaborative Law and is a member of the Central Florida Practice Group.
Mrs. King serves on the Board of Directors of the Volusia County Bar Association. She is a member of the Flagler County Bar Association, Volusia County Civil Trial Lawyers’ Association, and the Tiger Bay Club of Volusia County. She served as an officer of the Dunn Blount Chapter of the American Inns of Court and is past President of the Volusia Flagler Association for Women Lawyers.
Mrs. King volunteers regularly with Florida's Justice Teaching Initiative and serves as Teen Court judge at the Justice Center. In 2011, the Atlantic High School Academy of Law and Government awarded the Golden Gavel Award for service to their program. Mrs. King is an ordained elder in the Presbyterian Church who sits on the Board of the Presbyterian Counseling Center and has served on the Permanent Judicial Commission of the Central Florida Presbytery. She is Past President of the Board of Directors of Cinematique of Daytona, a non-profit arts group which hosts the annual Daytona Beach Film Festival and a member of the Museum of Arts and Sciences.
Mrs. King lives in Ormond Beach with her husband. They have five grown children and several grandchildren. She is a serious Bikram yoga practitioner and enjoys swimming, gardening, literature, film and entertaining. She maintains close family ties to West Virginia and travels there frequently.

Cinematique of Daytona
President of the Board of Directors
2015 - 2016

Blog
My spouse says her lawyer told her ..... communication with your spouse before, during and after the divorce

Blog
Divorce - A New Chapter In Your Life

Blog
What About The House?