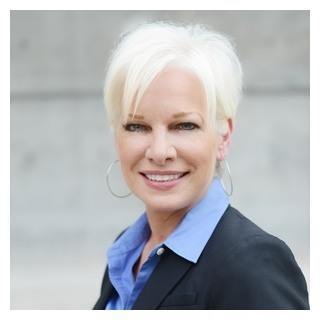 Christy Jack is a nationally recognized trial attorney who has handled thousands of criminal cases during her 25-year legal career — first as a prosecutor and now as a highly sought-after criminal defense attorney. She has tried more than 200 cases before a jury, ranging from sexual assault to capital murder. Nationwide, there are few who have her level of experience handling death penalty cases.

Prior to becoming a partner at the Fort Worth defense firm of Varghese Summersett, Christy served as a prosecutor for more than two decades in the Tarrant County District Attorney's Office. She was highly regarded by three administrations and rose to the rank of Deputy Chief — becoming one of only five attorneys on the 325-member staff with that supervisory title and role.

Recognized by former Governor Rick Perry for her experience in sexual assault cases, Christy was appointed in 2011 to head the Governing Board of Texas Civil Commitment Office, which is responsible for overseeing the state's most violent sex offenders. Governor Gregg Abbott later reappointed her to this position. Christy also recently completed her term as Chair of the Criminal Justice Section of the State Bar of Texas, which is made up of more than 3100 criminal practitioners across the state of Texas.

When she is not in the courtroom, Christy can often be found sharing her knowledge and experience with others. She is frequently called upon to speak to students, lawyers and legislators about procedural law, law enforcement trends and criminal justice issues. She often lectures on capital murder and aggravated sexual assault.

Christy was recently awarded the Daniel H. Benson Public Service Award from Texas Tech Law Alumni Association. She was also recently featured in an episode of 48 Hours about an infamous Texas murder.

Courtroom Etiquette 101: The Do’s and Don’ts of the Courtroom
Varghese Summersett

What is Sexual Assault of a Child under 17 in Texas?
Varghese Summersett

What Would You Do if You Were Falsely Accused of Rape?
Varghese Summersett

What’s the difference between Murder and Capital Murder?
Varghese Summersett

Punishment Evidence: It's not what he did, it's who he is, TDCAA Annual Seminar
Center for American and International Law

Go-To Lawyer For Criminal Prosecution
Texas Lawyer Magazine
This state-wide award is only given every five years.

Q. how do i get cash back that was confiscated? i was never served notice of forfiture.
September 29, 2015
A: Contact a criminal defense attorney. If cash was taken as evidence, you may be able to get it back.

Q. Is there a law in Texas that if police are called for spousal abuse, they both should be arrested?
September 29, 2015
A: No. There is not.

Blog
What should you do if you are accused of a violent crime in Texas?

Blog
Should you take a polygraph?

Blog
What’s the difference between Murder and Capital Murder?

Blog
Courtroom Etiquette 101: The Do’s and Don’ts of the Courtroom

Varghese Summersett is a premier criminal defense firm located in Fort Worth, Texas. Our attorneys focus exclusively on criminal law and represent clients charged with crimes at both the state and federal level. We handle everything from DWI to capital murder to white collar crime. Collectively, our attorneys bring together more than 90 years of criminal law experience and have tried more than 500 cases before Texas juries. Many of our attorneys served as former state and federal prosecutors and four are Board Certified in Criminal law, the highest designation an attorney can reach. We are the firm people turn to when the stakes are high and they are facing the biggest problem in their life. Learn more at https://www.versustexas.com/

Should you take a polygraph?

Defense attorney Christy Jack discusses whether you should take a polygraph if a detective contacts you about a criminal investigation. Visit our video page to find out answers to other important questions: https://www.versustexas.com/category/videos/

What should you do if you're accused of a violent crime in Texas? Attorney Christy Jack explains in this short video. Learn more about Christy at https://www.versustexas.com/christy-jack/

Attorney Christy Jack is known throughout the state for her experience handling murder and capital murder cases. Learn more at https://www.versustexas.com/criminal/murder-versus-capital-murder/