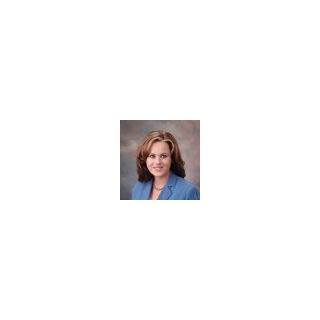 Ms. Lippy focuses her practice on Criminal Defense and Civil Litigation. She has successfully tried numerous cases before a Judge and Jury. She has a love and passion for the law that she puts to use in the courtroom and prides herself in her ability to relate to clients and jurors alike. She was born and raised locally and attended the Norristown Area High School. She was a member of the Schreyer Honors Program at the Pennsylvania State University, where she graduated in 2000 with a major in Speech Communication and a minor in German. Her major, Speech Communication, has helped her immensely in trial work, as a main focus of her undergraduate studies was linguistics and the art of speech. After graduating from Penn State, Ms. Lippy was awarded an academic scholarship and attended Temple University James E. Beasley School of Law. At Temple Law School, she was a member of the nationally acclaimed trial team, where she was recognized for her skills in advocacy through awards from the Center for Forensic Economic Sciences, the International Academy of Trial Lawyers, and was also awarded Best Advocate in the Region during the Final Round of a competition. Ms. Lippy continues her involvement with Temple Law School as an Adjunct Professor of Trial Advocacy on a part-time basis.

Ms. Lippy has been recognized for her legal skills by being named a “Lawyer on the Fast Track,” by the Legal Intelligencer, an award that is only given to 30 lawyers in Pennsylvania on an annual basis. Further, for the last two years, she has been named a Rising Star by Pennsylvania Super Lawyers.

As an attorney, Ms. Lippy has recognized the importance of giving back to her community. Accordingly, she has volunteered for several different organizations. Most recently, she was the chair-woman of Norristown’s Municipal Waste Authority. She is extremely active in the local bar association and is currently a Co-Chair of the Member Services Committee. She has acted as President of the Montgomery American Inn of Courts, the local branch of a National Organization that consists of prominent trial attorneys, is the immediate past-chair of the Young Lawyer’s Section of the Montgomery Bar Association, a past chair of the Women in the Law and a member of the Criminal Defense Committee. Not only does Ms. Lippy have excellent oral advocacy skills, but she is extremely apt in writing and is the Immediate Past-Editor of the Montgomery Law Reporter. She also volunteers her time to act as the Assistant Solicitor of the Montgomery County Fraternal Order of Police Memorial Committee.