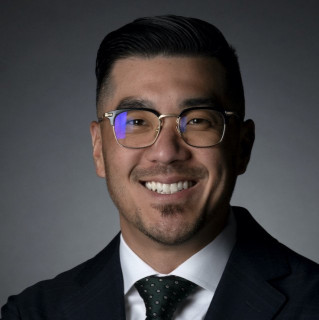 Elliott H. Jung is one of the founding partners at HHJ Trial Attorneys. He specializes in helping people that have been involved in serious injuries, brain injuries, and sexual assaults. He has dedicated his life to standing up for those that have been involved in catastrophic injuries or have been wronged and retaliated against in the work place. His efforts have been recognized by his peers and he has been selected as the Top 2.5% of attorneys in his field by Super Lawyers. He has also been recognized as the Top 40 under 40 by the National Trial Lawyers as a personal injury attorney. Since the inception of HHJ Trial Attorneys, Elliott has helped recover millions of dollars for their clients that have been injured. Most recently, HHJ Trial Attorneys was recognized by the San Diego Union Tribune as the “Best Litigation Firm” in San Diego County.

All of Elliott and his firm’s recognition have been received due to their expertise in jury trials. For almost a decade, Elliott has focused his skills on doing jury trials, so that he can be the best injury attorney in the courtroom every time that he has to step in the arena for his clients. His focus and skill have allowed his clients to settle their personal injury and employment cases for the full value before they ever have to reach a court room. His opponents and defense attorneys know his reputation in the legal field as an attorney that is willing to go to trial for any client that does not receive a fair resolution. Even at his young age, Elliott Jung has tried more than 50 jury trial cases to date. His ability to be a commanding and effective presence in the courtroom has allowed him to receive the respect of his opponents, his peers, and the bench.

Elliott is driven by his past and his experiences with his family. He is the son of immigrant parents, his drive to help people in need is largely due to this identity.

Rising Star
Super Lawyers
Selected as the Top 2.5% of attorneys in our field by Super Lawyers

https://hhjtrialattorneys.com/ The partners at HHJ Trial Attorneys began their careers as litigators, fighting relentlessly for their clients every day in the court room. They individually established a reputation for taking...

https://hhjtrialattorneys.com/ The partners at HHJ Trial Attorneys began their careers as litigators, fighting relentlessly for their clients every day in the courtroom. They individually established a reputation for taking on...