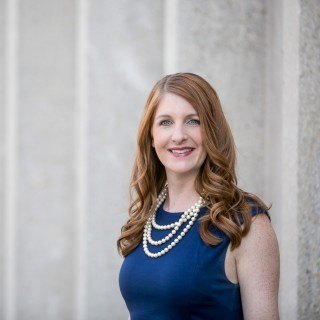 Recognized as an aggressive defender who gets impressive results in serious cases, Emily M. Gause is committed to compassionate representation, working with clients to devise an investigation plan and craft the most effective defense strategy. She defends people charged with serious felonies in state and federal courts across the State of Washington. Ms. Gause has overturned convictions in the Washington State Court of Appeals and obtained many favorable results in felony trials. She has carved an impressive reputation in the criminal defense legal community as a rising star.

After graduating with a degree in criminal justice from Washington State University, Ms. Gause dove into law school with the intent of becoming a criminal defense attorney. Her commitment to this path never wavered.

While attending Seattle University School of Law, Ms. Gause worked at Northwest Defenders Association, a public defender agency in King County. Prior to that, she was a Rule 9 Law Clerk with the Washington State Attorney General's Office where she focused on dependency cases and juvenile law.

In November 2014, Ms. Gause launched her own firm. At the Gause Law Offices PLLC, Ms. Gause and her team are committed to providing affordable, aggressive, and compassionate advocacy for their clients.

Ms. Gause has appeared in 22 counties in state superior courts across Washington state, and represented clients in all five United States District Courts in Washington. She has handled hundreds of felony cases and obtained impressive victories in a wide range of cases, from shoplifting to murder cases and everything in between.

2016 Anthony Savage Award
Washington Association of Criminal Defense Lawyers
2016
The Anthony Savage Award recognizes an outstanding trial performance or result achieved by an attorney in practice less than ten years. The recipient also becomes the caretaker for Tony Savage’s briefcase, up to the time the next Savage Award is given.

Emily M. Gause explains in great detail how she became a criminal defense attorney and her approach to defending every case.

Emily M. Gause is recognized throughout Washington State as an aggressive defender who gets impressive results in serious cases. She is committed to compassionate representation, working with clients to devise an investigation plan and craft the most effective defense strategy.