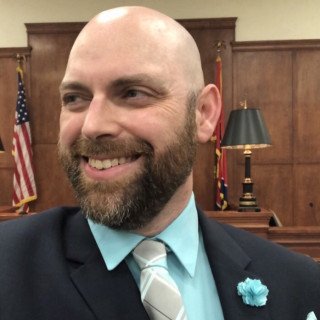 Eric received his license to practice law in 2008 and worked with West Tennessee Legal Services for a year before starting his private practice. He was admitted to practice in the U.S. District (federal) Court in 2010 and to the U.S. Bankruptcy Court in 2012, although he no longer practices bankruptcy. The Egbert Law Office moved to Trenton in 2019 and found paralegal, Amy Bynum, who has over 20 years experience in the legal industry. Eric taught adjunct for UT Martin in 2012, served on his HOA board as president and other roles. He serves on the board of directors for the Exchange Club Carl Perkins Center for the Prevention of Child Abuse and KontaktMissionUSA, a missionary organization headquartered in Germany. Eric is a Gibson County Commissioner serving the Medina area in District 1, Position 2. He has a wonderful wife, Lauren, an affiliate real estate broker and nurse, and together they have a blended family of 5 daughters that keep them busy. Eric is a vocalist and musician, an amateur history buff and an avid fisherman.