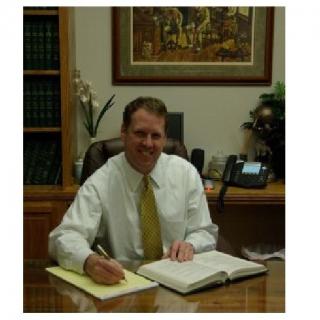 Erik Burns was born and raised in Baton Rouge, Louisiana where he continues to reside with his two sons. Prior to graduating from the Louisiana State University, Paul M. Hebert Law Center in 1993, Erik graduated from Catholic High School of Baton Rouge and then obtained a B.A. degree in Business Management with a minor in marketing from Southeastern Louisiana University. Erik began his practice in downtown Baton Rouge as a solo practitioner where he did significant personal injury work having worked closely with a seasoned attorney. In 1997 Erik was presented with an opportunity to move his office to Denham Springs, LA in a brand new building where he again worked with another seasoned attorney continuing to do significant personal injury but where his practice expanded also more significantly into the family law arena. During this time Erik also practiced in areas of criminal defense, wills and successions and general litigation. In February of 2000, Erik ventured out completely on his own and formed “Erik L. Burns, A Professional Law Corporation”. He has remained in this practice today having built an office facility he currently practices out of and moved into in March of 2005. He maintains an active practice in both Baton Rouge and the entire 21st Judicial District, which encompasses Livingston Parish, Tangipahoa Parish and St. Helena Parish. He handles personal injury cases across the state of Louisiana.