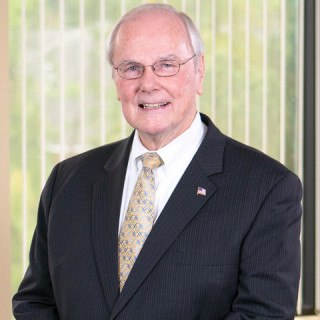 Eugene Welch is a Partner in Tully Rinckey PLLC’s Rochester office, where his practice encompasses federal and state litigation and governmental issues. After being specially invited to do so by all of the Federal Judges in the Western District of New York, Gene is a Certified Federal Court Mediator available to mediate your litigation. Gene’s experience as a Federal Prosecutor, trial instructor for Justice Department attorneys and his experience in the New York State Attorney General’s Office give him unique qualifications to assist clients to make sure they are in compliance with both New York State and Federal laws and regulations. His credentials have resulted in his being called upon to assist many clients respond to governmental subpoenas and investigations.

Prior to joining Tully Rinckey, Gene was a partner in the law firm of Harris, Chesworth, Johnstone & Welch, LLP, where he practiced in municipal liability defense, personal injury, civil rights litigation, commercial litigation, insurance defense work and government compliance work, assisting clients being audited or investigated by governmental agencies. He represented clients in both New York State Supreme Court and on appeal to the Appellate Division Fourth Department as well as in U.S. District Court in Buffalo, Rochester, Syracuse and Albany as well as on appeal to the U.S. Court of Appeals for the Second Circuit in Manhattan.

The Catholic University of America Columbus School of Law
J.D.
1970

Eugene Welch is a Partner in Tully Rinckey PLLC’s Rochester office, where his practice encompasses federal and state litigation and governmental issues. To learn more about Eugene, visit https://www.tullylegal.com/attorneys/eugene-welch/ .