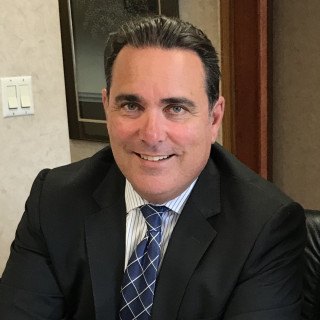 Evan M. Kirshenbaum is currently Managing Partner of Kirshenbaum Law Associates, Inc. He has been practicing law at Kirshenbaum Law Associates since 1994 and has been a senior partner of the firm since 1999. Mr. Kirshenbaum provides representation in all aspects of family law and personal injury law. An experienced trial lawyer, he has submitted numerous briefs to the Rhode Island Supreme Court. He has argued successfully before the state’s highest court as well as before juries in the Superior Court. Evan was featured in the Verdict Reporter and the Rhode Island Association for Justice News Magazine for a personal injury verdict award of more than seven times the settlement offer. He has received an AV Preeminent rating from Martindale-Hubbell’s Peer Review, the highest rating given for ability and ethical standards, reflecting his expertise, experience, integrity and overall professional excellence. He has also received Martindale-Hubbell’s highest rating available for client reviews and is listed in the Bar Register of Preeminent Attorneys in the country. Kirshenbaum is part of a select group of lawyers recognized as a Top Lawyer in the Greater Boston Area and one of New England’s Top Rated Lawyers by LexisNexis Martindale-Hubbell. He has a superb rating on AVVO, a lawyer directory. Mr. Kirshenbaum is authorized to practice law before all the courts in the State of Rhode Island as well as the Federal District Court. He provides continuing education for Rhode Island family law attorneys, paralegals, psychologists, social workers, counselors and guardians ad litem. He has served on the faculty for a seminar on Advanced Family Law for the National Business Institute and has been a guest lecturer at Brown University on Law in Rhode Island and at Rhode Island Professional Day on Financial Issues in Divorce. Mr. Kirshenbaum has served as City Solicitor for the city of Cranston and currently is the attorney for the Cranston, RI City Council.

Ranked AV in Peer Reviews for ethics and legal knowledge
Martindale-Hubbell
2012
Every year from 2012 to current.

Ranked AV, the highest rating for Client Reviews
Martindale-Hubbell
2012
Every year from 2012 to current