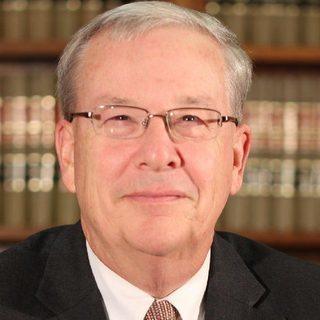 I graduated from law school in 1977 and was a prosecutor for the next five years. Since 1982, I have practiced exclusively in the area of criminal and DWI defense. I was the 1998-99 President of the Minnesota Society for Criminal Justice. I am a member of the National Association for Criminal Defense Lawyers and have been elected to the National College for DWI Defense. I currently serve on the Board of Directors of the Minnesota Association of Criminal Defense Lawyers. I am the 2013-14 President of the MACDL and I also serve as the chairman of the MACDL Amicus Committe. I have recently and repeatedly been named a Minnesota “Super Lawyer” by Minneapolis-St. Paul Magazine. This award is voted on by my peers and is only given to the very best lawyers in the field. The award is an objective measure of the competency and dedication that I have brought to the practice of criminal defense and I am proud to have been one of its recipients. I have also been named a “Top 40 Criminal Defense Lawyer” and selected for inclusion in “The Best Lawyers in America” guidebook. Best Lawyers in America“Published biennially since 1983, The Best Lawyers in America is widely regarded as the preeminent referral guide to the legal profession in the United States. The Best Lawyers lists, representing 80 specialties in all 50 states and Washington, DC, are compiled through an exhaustive peer-review survey in which thousands of the top lawyers in the U.S. confidentially evaluate their professional peers. The current, 13th edition of Best Lawyers (2011), is based on more than 1.8 million detailed evaluations of lawyers by other lawyers.” The Best Lawyer Organization named me the “2012 Minneapolis Defense Lawyer of the Year for DUI/DWI Defense”. These awards are not purchased with advertising dollars but again are voted on by my fellow attorneys and are a recognition of my years of successfully defending Minnesotans accused of crimes. As a Minnesota DWI Attorney I have