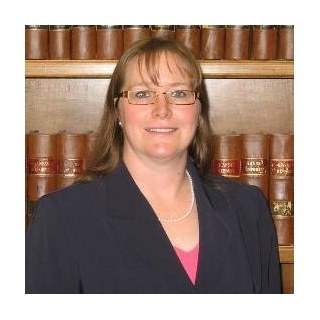 Faith Anne Johnson Maughan was born in Peabody, Kansas on December 9, 1970. She graduated from Peabody High School in 1989, and earned a B.A. in Psychology from Washburn University in 1993. After earning her degree, Mrs. Maughan worked for two years at Menningers in Topeka, Kansas.

Mrs. Maughan attended law school at Washburn University School of Law, earning a Juris Doctorate in May 1998. She was admitted to the Kansas Bar the same year. During law school, she clerked for Bennett & Dillon in Topeka and the City of Wichita Prosecutor's Office.

After receiving her law degree, Mrs. Maughan worked as a prosecutor for the City of Wichita and gained experience in private practive as an associate with Smith Shay Farmer & Wetta practicing in the areas of immigration, probate, trusts, criminal matters and civil litigation before returning to prosecution as an assistant district attorney with the Reno County District Attorney's Office. In September 2004 Mrs. Maughan left the district attorney's office and joined her husband, Carl F. A. Maughan in forming the firm that became Maughan and Maughan LC. Faith practices in the area of probate law, wills, trusts and estates, juvenile law and acts as the administrative partner of the firm.

Mrs. Maughan serves as Judge in the City of Colwhich and as prosecutor for the City of Maize and the City or Park City. She is a Captain with the United States Army Reserve, Judge Advocate General's Corp and worships at St Catherine of Siena, Catholic Church.