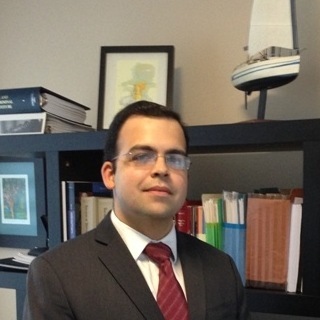 Mr. Zambrana-Aviles completed his undergraduate studies in Science, History and Policy, and International Relations in Carnegie Mellon University, in the City of Pittsburgh, Pennsylvania. During his years as an undergraduate student, he participated in a language exchange program in the Nevsky Institute of Language and Culture, in the City of St. Petersburg, Russian Federation, where he obtained a certificate of proficiency in the Russian language. He also performed research on the reforms of the post-Soviet Russian Armed Forces with the assistance of Russian military scholars in Pittsburgh and Moscow. Afterwards, he completed his Juris Doctor at the University of Puerto Rico, School of Law. There, he participated in the Immigration Clinic, where he assisted clients in removal cases, adjustment of status under the Cuban Adjustment Act, among others. After admission to the bar, he has continued working in the immigration law field, representing clients in family and employment-based immigration petitions, consular matters, and removal (deportation) cases. He has also tried cases and represented individuals, municipalities and corporations before the US District Court and the Courts of Puerto Rico in, environmental litigation, labor and employment law, civil rights and constitutional claims, foreclosures, criminal cases, collection of monies, and in claims against the United States based upon the Federal Torts Claims Act. As part of his work in the bankruptcy field, he formed part of the three-attorney team, led by retired Bankruptcy Judge Gerardo A. Carlo-Altieri, in charge of representing Casiano Communications, Inc., owner of Caribbean Business, Imagen, and other widely circulated magazines, during its Chapter 11 reorganization. Mr. Zambrana-Aviles also served as an adjunct professor at the Pontifical Catholic University of Puerto Rico (PUCPR), School of law during 2011, where he taught a regular course on Immigration Law.

Partner
Zambrana Law Office
2010 - 2016
Representing individuals and corporations before the U.S. District Court and the Courts of Puerto Rico in environmental litigation, labor law claims, civil rights (42 U.S.C. §1983) and other First Amendment claims, employment law, foreclosure, criminal cases (drug trafficking conspiracies and firearm offenses), collection of monies, damages under the Fair Credit Reporting Act, and in claims against the United States based upon the Federal Torts Claims Act. Providing "trial basis" advice and representation to Gerardo A. Carlo Altieri & Associates in bankruptcy, adversary and other civil proceedings pending before the U.S. Bankruptcy and District Courts for the District of Puerto Rico, as well as before other Commonwealth Courts.

U.S. District Court for the District of Puerto Rico
Since 2009