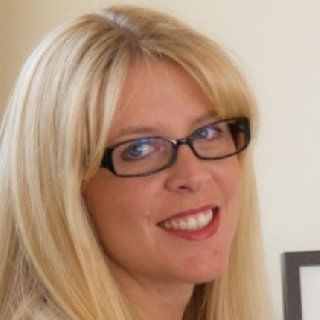 Forest graduated from the University of San Diego in May of 2003, and has had a varied and interesting career. After law school, Forest did an extended internship at the United Nations International Criminal Tribunal for the former Yugoslavia in The Hague, the Netherlands. She was assigned to the lead prosecutor on the team prosecuting Serbian Dictator Slobodan Milosovic for war crimes.

Following her time in The Hague, she worked as a research and writing attorney for a team defending a notorious MS-13 gang member in a death penalty case where it was alleged that her client took part in the killing of a federal witness. He was acquitted of all charges. She then moved on to the Federal Public Defender for the District of Columbia and worked as a research and writing attorney on international terrorism cases and tax evasion. Deciding that she wanted to be in the trenches, and learn how to conduct trials, she moved to California and began her career as a trial attorney at the Indio Office of the Law Office of the Public Defender in Riverside County.

Forest has now been a practicing attorney in the Coachella Valley for over six years. She has handled thousands of cases at the Public Defender Office in Indio, ranging from municipal code violations to child molestation and rape, all the way to homicide cases.

Forest has tried many criminal cases to jury verdict, with charges as varied as DUI, assault with a deadly weapon, domestic violence, and torture. She has an extraordinary success rate, having not had a client ever sentenced to greater than the prosecutor’s original offer. She has also achieved acquittals in well over half of her trials, a rare success rate in a practice area where the other side chooses the charges, can dismiss whatever charges are not supported, and has the entire police force and a team of support staff backing them up. As a result, Prosecutors know that Forest will fight hard and win every possible count, so they offer her clients the most beneficial offers up-front, without playing games with your time, your finances, or your life.

Forest’s creative and provocative defenses are legendary in the local legal community. She once achieved two consecutive NOT GUILTY verdicts within a one-month period in cases involving state prison inmates charged with possessing drugs. She brought other inmates (including convicted murderers) to testify on her clients’ behalf and to support their defense. Originally mocked by prosecutors, who watched the case in unusual numbers, for bringing defense witnesses who had been convicted of murder, her presentation convinced jurors that these unusual witnesses were truthful (and that the corrections officers were not truthful) and her clients were acquitted. Following three successive victories in similar circumstances and against corrections officer witnesses, the District Attorney’s Office conducted a training to teach them how to better testify in court.

Prosecutors have said that that Forest makes them work harder than most defense attorneys, whether private attorneys or public defenders. Considering the overwhelming caseload of public defenders, this shows a dedication and work ethic that exceeds most in her field. Now in private practice, Forest applies that same work ethic and dedication to a lower caseload, resulting in the best defense available to you.