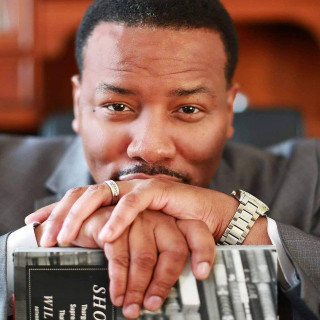 Francys Johnson is a Founding Partner of Davis Bozeman Johnson Law. Born and raised on his grandparent's farm in Sylvania, Georgia, Francys Johnson learned the value of hard work, responsibility, and service to others. Francys Johnson has a strong record of advocacy aimed at expanding opportunities for all people as a practicing lawyer, public theologian, and educator.

??Committed Servant-Leader
Francys Johnson has served in ordained ministry for more than 20 years. He is Senior Minister at the Mount Moriah Baptist Church in Pembroke and the Magnolia Baptist Church in Statesboro. He has been making a positive difference for a long time through public service to several community-based organizations focused on helping people help themselves.

?Johnson succeeded Stacey Abrams and Raphael Warnock as head of the New Georgia Project, a transformational civic engagement organization responsible for defeating voter suppression and advancing progressive values in public policy. Previously, Johnson was President of the Georgia NAACP, this state's oldest and largest civil rights organization, following more than two decades of service in a variety of capacities including Southeast Regional Director. There he was the chief manager of the NAACP’s public policy agenda and administrative activities in Alabama, Florida, Georgia, Mississippi, North Carolina, South Carolina, and Tennessee. Recently, Johnson was the 2018 Democratic Nominee for Georgia’s 12th Congressional District.

Seasoned Professional
As a zealous trial lawyer; Francys Johnson practices criminal and civil law in the state and federal courts. He has secured justice on behalf of the wrongfully accused and seriously injured. He is a Member at Large of the Board of Governors of the State Bar of Georgia and the Chief Justice's Commission on Professionalism.