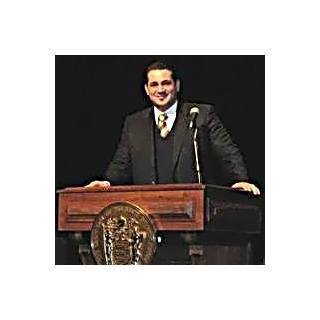 The law firm of Natoli-Lapin, LLC is happy to offer LANTERN LEGAL SERVICES - our suite of cost-effective, Flat-Rate legal solutions designed for the entrepreneur, small business and artist.

We provide USER FRIENDLY & VIRTUAL services and strive to maximize your budget through a schedule of fixed prices and low overhead.

Beyond his position as Founder & Chief Executive Officer of Natoli-Lapin, LLC, Mr. Natoli has an extensive background creating enterprise as a small business and international entrepreneur. In 1995, he began a start-up trading company based in both New York and Ho Chi Minh City, Vietnam and was one of the first independent US concerns engaged in commercial trade in that country after many years of restrictions. Mr. Natoli went on to establish a successful wholesale liquidator & import/export company, and has created and operated an array of small businesses throughout his tenure across a broad spectrum of industries.

Mr. Natoli also spent two years with The Economist Newspaper Group, Inc. in their New York office serving as a Programme Director. He was responsible for crafting and facilitating high-caliber think-tank roundtable events for the editorial staff. These roundtable gatherings covered geo-political and industry specific subjects and hosted Global 100 executives, government officials and thought leaders on topics such as Corporate Governance, Energy, Airline and Automotive Industries, Human Resources, Latin America and more. After experiencing legal practice working primarily on corporate transactions with a large international law firm, Mr. Natoli decided to focus his legal career on the area he has the greatest passion for: Small Business Entrepreneurship.

He is an active member of the American Bar Association's Business Law & Practice Section and a Committee Member of the Middle Market & Small Business Group and Venture Capital & Private Equity Groups. He also serves as an ABA Panel Advisor. Mr. Natoli is licensed to practice law in the States of New York and New Jersey and participates regularly in speaking engagements on the subject of small business and entrepreneurship.

As an aside, Mr. Natoli spent many years as a professional actor in New York City and is still a member of the American Federation of Television & Radio Artists. He is also an accomplished classical and jazz pianist and composer, and a writer of fiction and poetry.