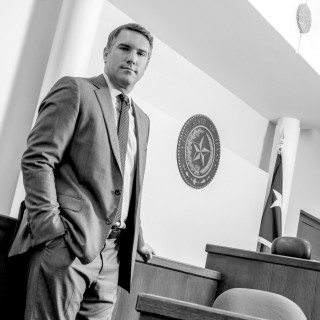 Frank Sellers is a trial and appellate attorney, who focuses on representing citizens and businesses facing criminal investigations and prosecutions. Frank maintains an active criminal trial practice, and he has earned a reputation as a knowledgeable, skilled trial lawyer. In addition to trial work, Frank focuses a smaller portion of his practice on criminal appeals and writs of habeas corpus.

Since beginning his practice, Frank has represented people charged with all types of offenses and from all professional backgrounds, including doctors, lawyers, and even a district judge. He has won Not Guilty verdicts in cases ranging from DWI (both breath test and blood test) to Murder. He has also helped numerous people successfully avoid charges in federal white collar cases.

Frank’s work has earned him numerous legal honors. He is AV Preeminent Rated by Martindale-Hubbell, which means other lawyers rank him at the highest level of professional excellence. Texas Monthly SuperLawyers has honored Frank since 2015 as a Rising Star. The National Trial Lawyers named him as a Top 40 Under 40 Criminal Defense Lawyer.

Frank frequently presents to criminal defense lawyers, prosecutors, and judges around the state about various criminal trial and appellate issues. Before opening his practice in Fort Worth, Frank was president of the Lubbock Criminal Defense Lawyer’s Association. On a statewide level, he has served on the Board of Directors of the Texas Criminal Defense Lawyer’s Association since 2014.