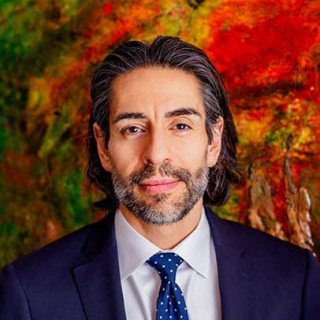 With a focus on nursing home abuse and neglect since his earliest days as a lawyer, Gabe has developed considerable knowledge and expertise in the area. Gabriel began his practice at a law firm specializing in the defense of institutional healthcare providers, including hospitals, nursing homes, assisted living facilities and group homes but now exclusively represents victims of abuse and neglect in such cases. As a founder of Miller Kory Rowe, LLP, Gabriel has continued to devote the majority of his practice to the firm’s nursing home litigation group, which is devoted to the representation of victims’ and victims families of nursing home abuse and neglect. Gabriel is also member of Arizona's Geriatric Society, AMDA – The Society for Post-Acute and Long-Term Care Medicine, and an Assistant Professor of Practice at The University of Arizona College of Medicine - Phoenix.

The firm’s collective goal is to obtain accountability on behalf of our state’s most vulnerable citizens who have been abused and/or neglected in nursing homes, assisted living facilities, or group homes. Gabriel’s practice concentrates on assisting the victims and families whose loved ones suffer serious, life-altering injuries as a result of negligence or abuse occurring in Arizona nursing homes.

#Attorney Gabe Kory details the journey he took to becoming a #Plaintiff's attorney. He also highlights his decision to become an associate professor at the University of Arizona College of Medicine in #Phoenix where he educates second and third-year #Medical students about #NursingHomeAbuse and #MedicalMalpractice cases.

Contact & Map
Miller Kory Rowe LLP
650 North 3rd Avenue
Phoenix, AZ 85003
Telephone: (602) 737-0342
Fax: (602) 374-8101
Notice: Depending on the circumstances we can travel to any potential client. We prefer to meet with folks during office hours at our office in order for them to meet with our whole team.
Email Gabriel Kory
Download vCard