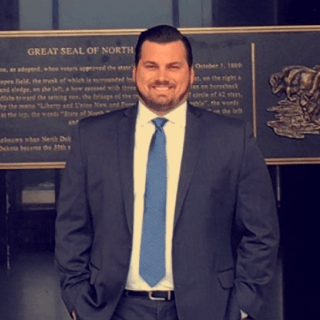 I spent the better half of a decade, getting my college and legal education, to follow my dream of becoming an attorney. During my college days, I started at right guard for two seasons with the Leopards football team at University of La Verne. In 2011, I graduated with a degree in Business Administration. In between college and law school, I spent a month and a half travelling around Europe with a couple of buddies from college. We travelled through France, Germany, England, Netherlands, and Ireland (Some of the pictures can be found on my Instagram). Then, I attended Western State College of Law and graduated in December of 2014. During my law school career, I was fortunate enough to study abroad in Madrid, Spain and ran with the bulls in Pamplona. Soon thereafter, I passed the California Bar Exam, landing in the top 5% in the nation for MBEs.

After becoming an attorney in 2015, I have been working as a trial lawyer at the Law Offices of Chambers and Noronha. In my short career, I have completed eleven (11) jury trials to verdict in the Counties of Orange, Los Angeles and San Bernardino. I am also licensed to practice in North Dakota and the District of Columbia. I also attended the coveted Gerry Spence Trial Lawyers College, which refined my trial skills and I grew as a human being. My goal is to advocate for my clients and to seek justice for their personal injury, whether that be through a resolution via settlement or by a verdict.

When I am not prosecuting insurance companies for the wrongdoings of their insureds, I spend my time travelling to far-away places with my gorgeous wife, building things with my hands, and getting outdoors – mostly to surf and fish.