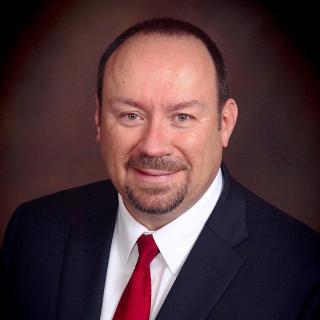 Attorney Gary D. Sparks is an accomplished lawyer who has successfully provided legal services and representation to families, husbands, wives, parents, military service members, and same sex partners for nearly two decades. Gary was a regular guest for several years on the former Ronn Owens Program on KGO-AM 810 in San Francisco, and has been interviewed by local and national publications in addition to publishing several of his own legal guides.

Gary enjoys legal research and analysis, and is highly skilled at presenting oral argument in court. He is active in community service and is an ardent supporter of students in public education. He is a recipient of the Unsung Hero Award for his past efforts with the Vanished Children’s Alliance to locate, recover and reunify missing and abducted children with their families.

In these uncertain times, Gary is committed to providing his clients with the peace of mind and some certainty in knowing that their assets will be preserved for their families, and that their last wishes and instructions will be clearly established and then followed. And through the use of smart technology, he can perform many services virtually, and even meet with clients via video conferencing, to keep everyone safe and healthy during the current health crisis.

Q. Can the state take away any inhartence if i owe child support
November 1, 2018
A: The State has a broad array of powers available to it when it comes to collecting past due child support. One of the powers is the ability to levy against bank accounts. Another is to place a lien on property. If your inheritance is sitting in a bank account, then yes, the State very well might levy the account for your past due support. It may also be able to attach/garnish payments made to you on a monthly basis from a trust. I would need to know more about your situation to give you a more complete answer. This answer is for informational purposes only and does not constitute legal advice nor create an attorney-client relationship between the party posing the question and the attorney who responds.

Q. Is there a separate evidence code for probate matters?
November 10, 2010
A: No, the California Evidence Code applies in probate matters, as well as the California Probate Code. This answer is for informational purposes only and does not constitute legal advice nor create an attorney-client relationship between the party posing the question and the attorney who responds.

Q. A 612 rule of the court clerk can the respondent file a exstention
November 10, 2010
A: There is no California Rule of Court 612. You will need to be more specific with respect to your request so that we can provide an answer to you.