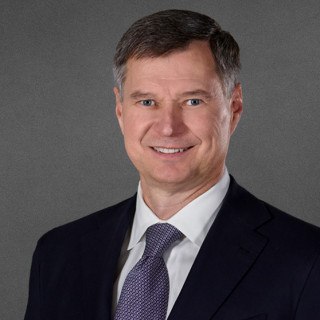 For more than 37 years, Gene Riddle has been fighting for the rights of the injured. As the founder and Managing Partner of Riddle & Brantley, LLP, Gene has earned a reputation of excellence within the legal community and is a valued leader at our law firm. Under Gene's leadership, Riddle & Brantley has recovered over $600 million in compensation for clients since 2000 alone.

Today, Gene believes honesty, integrity and willingness to work hard are the bedrock principles of a good attorney. That is what he and the other lawyers at Riddle & Brantley provide to their injured clients. Gene spends much of his time reviewing cases as well as instructing and supervising attorneys and paralegals. However, he also continues to directly handle cases as the lead attorney and he touches most of the personal injury cases that come into the firm.

Gene takes on cases that involve serious personal injury in car accidents, truck accidents, dog bites, premises liability, wrongful death and violations of Constitutional Rights. In every case, Gene’s objective is obtaining an outcome that his client believes is fair.

“The client’s goals are most important,” he says. “That has to be measured by what’s reasonable and what’s fair. Our guiding star is fairness. We’re about fairness. Justice counts.”

Gene’s legal accomplishments have earned him several professional honors from his legal peers, including the 2014 Litigator Award. He also has a high AV Rating from Martindale-Hubbell as well as designation among the Best Attorneys of America and the American Trial Lawyers Association’s Top 100 Trial Lawyers. He is also a member of The National Trial Lawyers Top 100 and Super Lawyers. Additionally, Gene has earned membership in the Million Dollar and Multi-Million Dollar Advocates Forums, based on verdicts won and settlements reached.

In 2021, Gene was named a "Client Champion" by Martindale-Hubbell in recognition of his outstanding service to clients.

What is Contributory Negligence?
Riddle & Brantley

The Litigator Award
The Trial Lawyers Board of Regents

"On Your Side" | Riddle & Brantley North Carolina Injury Lawyers

Riddle & Brantley has the experience necessary to hold insurance companies accountable when they try to minimize your injury claim. For a free, no-obligation consultation with an experienced North Carolina...