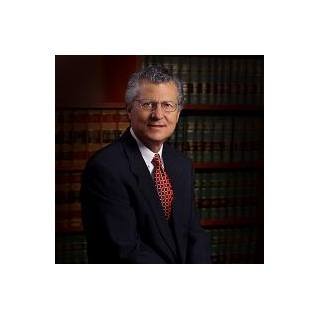 George A. LaMarca's practice includes Personal Injury Law, Business Litigation, and Professional Malpractice. He has handled some of Iowa's largest personal injury cases and some of the state's most complex business litigation cases. He is board certified in civil trials by the National Board of Trial Advocates. He is also board certified in medical malpractice litigation by the American Board of Professional Liability Attorneys. He is a member of the American College of Board Certified Attorneys. Mr. LaMarca was named the Best Lawyers 2016 Personal Injury Litigation - Plaintiffs "Lawyer of the Year" in the Des Moines metropolitan area. He was peer selected for inclusion by Best Lawyers in both "Best Lawyers in America" and Best Attorneys in Iowa." He has consistently been selected as one of the "Top 100 Trial Lawyers" by the National Trial Lawyers and "Top 100 Trial Lawyers" by the American Trial Lawyers Association. He has continually received "Super Lawyer" designation by Super Lawyers magazine. Mr. LaMarca is a highly respected legal author. He has written and lectured extensively on the investigation and trial of complex cases, and the use of demonstrative evidence, models, tests and experiments in the courtroom. He has received awards for notable contributions to legal literature, and as a result of his press-worthy trials, he was featured in the legal anthology, The Trial Masters, Prentice Hall, 1994. Mr. LaMarca has been a very active member of the Iowa Trial Lawyers Association n/k/a Iowa Association for Justice for over 25 years. He was President in 1995-1996 and served on its Board of Governors from 1979-1983 and 1987-1991. In 1989, he was selected as the ITLA's Outstanding Member of the Year. As a result of his extensive jury trial experience, he holds the rank of Advocate with the American Board of Trial Advocates. In 2006, Mr. LaMarca was elected President of the Iowa Chapter of ABOTA and has served as a national board member representing Iowa since

Inadequacy of Warning Device at Railroad Crossing
37 Am. Jur. Proof of Facts
1984

Unreasonable Speed of Train at Railroad Crossing
27 Am. Jur. Proof of Facts
1984

Courtroom Use of Demonstrative Evidence
The Iowa Trial Lawyer
1977

Board Certified-Medical Malpractice
American Board of Professional Liability Attorneys

Advocate
American Board of Trial Advocates

Board Certified Civil Trial Attorney
National Board of Trial Advocacy

The Elite Registry of Extraordinary Professionals
Oxford's Who's Who

The Association of Plaintiff Interstate Trucking Lawyers of America
Current