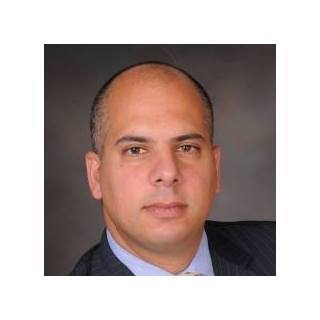 George Vomvolakis is a prominent criminal defense attorney practicing throughout New York in both state and federal courts. He has successfully represented defendants accused of various crimes such as murder, assault, rape, enterprise corruption, RICO, drug offenses, DUI and DWI, as well as many others. George provides a unique asset to his clients as a former New York City prosecutor with the esteemed New York County District Attorney's Office. As a senior prosecutor for six years George gained valuable insight to the strategies and mind set of prosecutors.

The Law Offices of George Vomvolakis brings value to its clients and achieves their goals through a commitment to results, achievement and aggressive advocacy. They do so while maintaining the highest level of professionalism, integrity, and ethical standards. George Vomvolakis has been involved in several high profile cases and has appeared on multiple news programs as a legal analyst. His ability as a criminal attorney is highly regarded by both clients and colleagues as a result of his diligent efforts and proven results.

If you have been charged with a DUI, DWI or a much more serious offense, take an aggressive stance now to learn your rights from an experienced, nationally known criminal lawyer who can put the law on your side. Contact a New York criminal lawyer today at 212-682-0700.

Q. What exactly is robbery 1st class c
June 22, 2011
A: Robbery in the First Degree is when someone forcibly steals property and he causes serious physical injury to a person not involved in the crime, or he is armed with a deadly weapon, or he uses or threathens the immediate use of a dangerous instrument, or he displays what appears to be a firearm.

Q. Does a guilty plea to a NY City administrative violation drinking in public constitute a criminal offense?
June 22, 2011
A: No. This offense is classified as a violation and not as a crime.

Q. How many years are you sentence for fraud?
June 22, 2011
A: There are many different types of fraud. It is impossible to determine someone's sentence without knowing more about their situation such as, the level of fraud, the amount fraudently taken, the defendant's criminal history, etc. With more specific information, we can provide you with a sentencing range.