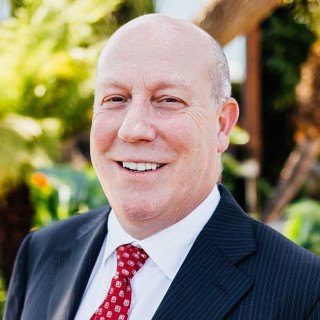 Gerald A. Klein has tried more than 40 cases to verdict. His success in the courtroom is underscored by the numerous accolades and recognitions he has achieved throughout his career, including selection by his peers as "Trial Lawyer of the Year" by the Orange County Trial Lawyers Association in 2003 and again in 2009.
Mr. Klein represents both plaintiffs and defendants in business litigation, legal malpractice, real estate, trade secrets, unfair competition, and insurance bad faith. He has also served as an expert witness in legal malpractice matters.
His tenacity in the courtroom led to a $26 million recovery, including punitive damages, in a breach of contract/fraud case against a major media company. Mr. Klein recovered $10 million in a legal malpractice case against one of California's largest law firms and $12 million in a breach of contract case that settled on the first day of trial. Read more about the significant results
In 2017, Mr. Klein was inducted to the American College of Trial Lawyers, the most prestigious invitation only fellowship of trial lawyers in the United States. The College thoroughly investigates each nominee for admission and selects only those who have demonstrated the very highest standards of trial advocacy, ethical conduct, integrity, professionalism, and collegiality.
Mr. Klein has been selected to the Southern California Super Lawyers® list since 2005. In 2014, 2015, and 2019, he was listed in the Super Lawyers® Top 50 Orange County list. Mr. Klein was also listed in the Super Lawyers® Top 100 Southern California List in 2019. Mr. Klein is also recognized as one of the elite trial attorneys in Orange County by OC Register Metro magazine. He achieved an "AV" rating from Martindale-Hubbell denoting the highest level of professional excellence from his peers. Since 2015, Mr. Klein has been listed in Best Lawyers, the oldest and most respected peer-review publication in the legal profession.

Training for Tomorrow: Teaching the Expert Who is Leader of the Band
Business Law Today
March, 2014

Making Your Partnership a Success
The Recorder
October, 2013

Best Lawyers
U.S. News & World Report
2018
Best Lawyers is the oldest and most respected peer-review publication in the legal profession. A listing in Best Lawyers is widely regarded by both clients and legal professionals as a significant honor, conferred on a lawyer by his or her peers. For more than three decades, Best Lawyers lists have earned the respect of the profession, the media, and the public, as the most reliable, unbiased source of legal referrals anywhere.

10.0 Superb
Avvo
2018
AVVO's mission is to assist the public in making the best decisions for their important legal needs by providing an unmatched level of transparency and unbiased profiles for individual attorneys. AVVO profiles contain helpful information including the attorney's trial history, experience, background, disciplinary history, and reviews from clients and peers.

Top 5% in Orange and Los Angeles Counties
Super Lawyers
2018
The attorneys named in Super Lawyers® Magazine are the top attorneys in their respective practice areas, selected by their peers. The Super Lawyers® Magazine selection process begins with a survey conducted by Los Angeles Magazine, sent to more than 65,000 attorneys in Los Angeles and Orange Counties. Attorneys were asked to vote for the best lawyers they had personally observed in action. Each lawyer was given a score based on the number of votes received and the source of those votes (votes of lawyers from other firms carry more weight than those from lawyers in the same firm). Only the top five percent of attorneys in Los Angeles and Orange Counties make it to the list.

American Board of Trial Advocates
Member
2009 - Current
Activities: Gerald A. Klein was granted membership to the American Board of Trial Advocates on October 3, 2009. ABOTA is one of the most respected trial advocacy bar associations in the country and membership in ABOTA is by invitation only. Members must meet strict requirements of trial experience. ABOTA was founded in 1957 and is a national association of experienced trial lawyers and judges dedicated to the preservation and promotion of the civil jury trial right provided by the Seventh Amendment to the U.S. Constitution. First and foremost, ABOTA works to uphold the jury system by educating the American public about the history and value of the right to trial by jury.