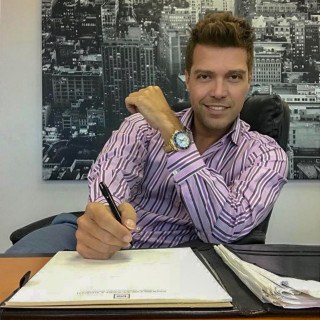 Gianni Mendes Toniutti is admitted to practice before the State of New York since 2005 and principally handles immigration-related matters for corporate transfers, professionals, entrepreneurs, and investors.

Mr. Mendes Toniutti has been named by several Italian and American media as "The Guru of Immigration" and "The Lawyer of the VIPs", having represented innumerous clients of international recognition during his long professional career.

Mr. Mendes Toniutti is fluent in English, Spanish, Portuguese, and Italian and has extensive knowledge of business cultures in both the European and Latin countries. He received his Juris Doctor degree at the University of Bologna, Italy with a concentration on International Law in 2002 and earned an LL.M. in Comparative Law from the University of Miami, Florida in 2004. Mr. Toniutti also pursued a Legal Certificate in Immigration and Nationality Law from the Florida International University in 2007.

Senior Partner
TLRT International Law Firm
2010 - Current
Manages the business-related cases of the Firm involving corporate transfers, professionals, entrepreneurs, and investors. Manages the “extraordinary ability” cases of the Firm for foreign individuals such as musicians, actors, models, athletes, circus performers, and other aliens with “extraordinary abilities”. Manages the marketing campaigns and advertisements for the Firm.