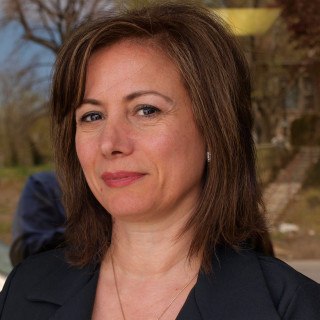 Ms. Karpouzian established her law firm in Annapolis, Maryland in1998 after few years of private practice in one of the larger law firms in Annapolis. She has represented clients from all Maryland cities, including Severna Park, Pasadena, Glen Burnie, Bowie, Arnold, Davidsonville, Edgewater, and Eastern Shore.

She has been practicing law in Anne Arundel County, Prince George's County, Queen Anne's County, Calvert County and other Maryland Counties for 24 years. She was appointed to the Attorney Grievance Commission of Maryland by the Court of Appeals where she served for 3 years.

Ms. Karpouzian has been an advocate for her clients in the areas of Immigration, Family Law, Guardianship, Child Custody, Bankruptcy, Estate Planning and Administration. She is appointed by the Court to represent disabled individuals in guardianship matters. She is also a trained and certified mediator handling child custody matters with court appointment.

Ms. Karpouzian is admitted to practice law in the State of Maryland, District of Columbia, and United States District Court for the District of Maryland. One of the best lawyers in Annapolis Maryland.

District of Columbia
Since 1997

Court of Appeals of Mary;and
Since 1997