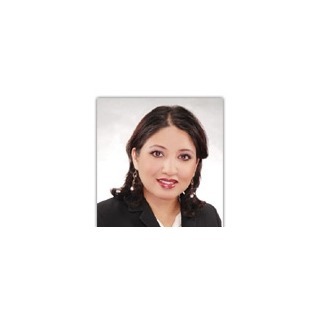 Founder of The Walia Law Firm, Harjot "Ginny" Walia has handled numerous cases throughout the criminal courts of the greater San Francisco Bay Area. San Francisco criminal defense attorney, Harjot "Ginny" Walia, has achieved a very high level of success in a relatively short period of time. The firm has reached great heights due to Ms. Walia’s extensive jury trial record, brilliant mind, competitive attitude and a willingness to fight for her clients. She has handled hundreds of criminal cases as a San Francisco Public Defender and in private practice. Federal criminal defense attorney, Ginny Walia has commented as an expert legal analyst and a forensics expert in well publicized, high profile criminal cases on national television channels. Specifically, Ginny Walia was asked for her expert legal advice on the DNA evidence that was a part of the Scott Peterson case.

Ms. Walia’s substantial media experience is useful to protect clients in potentially high-profile cases. She handles numerous serious felony cases, and it is very hard to predict when a case will gather media attention. When one is accused of a serious crime, one should be prepared for the possibility of media attention. By having a rare San Francisco criminal defense attorney with substantial media experience her clients are always aware of media exposure pitfalls before they damage a case. Ms. Walia was also featured as a top story in the leading Bay Area legal newspaper, "The Recorder". "The Recorder" recognized Ms. Walia as a young and successful criminal defense attorney who has made her way to the top. Ms. Walia was also featured in "The New York Law Journal."

Elder trial gurus describe Ms. Walia as a prodigy, due to her command of the Evidence Code, trial objections, and strategy. She is unafraid to take on entire police departments and top officials at district attorneys' offices. Her courage, command of the law and compassionate demeanor earn her victories in her jury trial performances. Her tenacity against government corruption has resulted in potentially high-profile criminal charges against her clients being dismissed.

In her federal practice, she has earned the respect of federal judges for presenting the law "like an appellate attorney." In federal district court, judges hold attorneys to a very high level of professional skill. Ms. Walia exudes talent, intelligence and knowledge while presenting cases on behalf of her clients in federal courts. Ms. Walia has handled over 60 appeals in federal courts.

Ms. Walia’s extensive trial record, media experience, and confident attitude are qualities one needs in their criminal defense attorney. Before going into private practice, Ms. Walia worked at the Office of the Public Defender, San Francisco. There, she handled 100s of criminal cases during her participation in their rigorous trial training program. Throughout the program, Ms. Walia was undefeated at trial and won many motions that proved to be beneficial for her clients.

Harjot "Ginny" Walia started her career as a San Francisco criminal defense lawyer. She holds a B.S. in Psychology from UC Davis and a J.D. with Honors Lawyering Program from Golden Gate University, School of Law. Ms. Walia’s competitive attitude made it possible for her to graduate law school with honors in a short span of two years, passing first class with top scores in four classes. While at the University, she also held the responsibility of managing Golden Gate University competitive national mock trial team. As an undergraduate, Ms. Walia tutored Calculus and Genetics to fellow undergraduates for several years at the UC Davis Learning Skills Center.