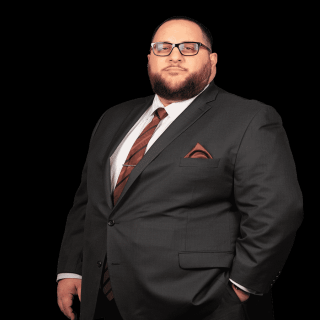 Giovanni attended high school in Suffolk County, New York. From an early age, Giovanni knew he wanted to be an attorney who helped out the less fortunate. Following high school, he gained his undergraduate degree at the State University of New York at Binghamton University, where he graduated with honors. He obtained a Bachelor of the Arts in Political Science in 2003. After undergraduate, Giovanni attended the Pace University School of Law and obtained his Juris Doctor in 2006. He graduated with honors and the Carl A. Vergari Excellence in Criminal Law Award.

From there, Giovanni began practicing law at a general practice firm, focusing mainly on criminal defense in federal and state courts throughout the United States. He has tried numerous cases to verdict and has always championed for his clients. Giovanni has tried several high profile cases and has been named a SuperLawyers Rising Star from 2015-2018.

In his spare time, Giovanni likes to spend time with his wife Crystal, his daughter and their two dogs. Giovanni is a member of the State Bars of Tennessee, Georgia and New York.

What Are the Elements of a Successful Wrongful Death Lawsuit?
Hughes & Coleman Injury Lawyers

What Compensation Can I Receive After a Truck Accident?
Hughes & Coleman Injury Lawyers

Join us to help wrestle childhood hunger at Pack-A-Sack on October 29, from 10-4 pm at the Hughes and Coleman offices in Bowling Green! Hillbilly Jim will be on hand...