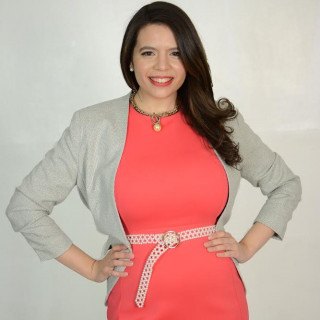 I pride myself in providing an honest and compassionate service to everyone who seeks immigration representation. I graduated from Regis College with a Bachelor of Science in Political Science and Criminal Justice. I then earned my Juris Doctor from Massachusetts School of Law.

I have served as an AmeriCorps at the Massachusetts Immigrant and Refugee Advocacy Coalition, one of the leading immigration non-profit organizations in Massachusetts. During my last year of law school, I interned at the Harvard Immigration and Refugee Clinic, where I first-chaired an asylum case as a student-attorney in immigration court, which resulted in a pathway to citizenship for the client.

I am always at your reach and committed to all your immigration needs.

Q. My girlfriend and I currently want to get married. She is twice divorced She is an American she can help me to my green
October 19, 2022
A: Hi - Thank you for your question! Generally, the asylum process could take years to get to the final stage. If eventually, you do in fact get married, you should maybe consider the marriage-immigration process. However, I would have to ask a few follow-up questions regarding your entry and other inadmissibility screening questions in order to give you a better answer. I would recommend that you consult with an immigration attorney to get a better sense of your situation and your options. Hope this helps!

Q. Small spelling mismatch in mother's passport [US citizen immediate relative green card application]
August 1, 2022
A: Hi - Thank you for your case description and for explaining your concerns. Most USCIS forms have a section/question where it asks whether the applicant has used other names in the past or at present - That may be a good starting point for you in disclosing that. With regard to your second comment, I would often suggest waiting for the corrected passport and later submitting everything, just to avoid any potential headaches as a result of the misspelling. I do not know the specific details of your case so it all may vary, but generally, that is what I would suggest. Best of luck with everything!

Q. Is there a way to get a work permit without leaving the US if I entered with a tourist visa?
May 3, 2022
A: Good Morning: Is the person you fell in love with in the United States a U.S. Citizen or legal permanent resident (green card holder)? As long as you had the intention of returning to your country of origin during your recent entry into the U.S. with the tourist visa you may consider the following: If the person you fell in love with is a U.S. Citizen or LPR, and perhaps there have been conversations of marriage between you both, there is a marriage-immigration process called 'adjustment of status.' With this process, you can apply for work authorization while the adjustment of status process is pending. Another way to get work authorization is through the employer sponsorship process if some requirements are met. I recommend that you speak with an attorney to go over the process and your options more in-depth. Good luck! GR