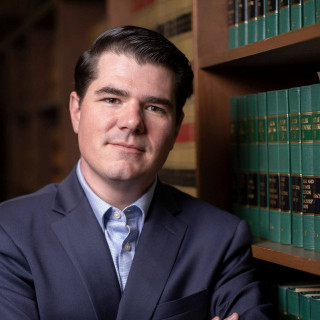 Mr. Byars spends most of his time in the courtroom defending citizens accused of a crime and that area of his practice has what has allowed him to spend so much time arguing to juries. He has argued before the Tennessee Court of Appeals. Handled cases before Administrative tribunals including the Tennessee Department of Safety and Homeland Security, and the Board of Nursing.

Mr. Byars also believes in giving back to the community. Mr. Byars has been named an Attorney for Justice by the Tennessee Supreme Court in 2016, 2017, and 2018 for rendering meaningful pro bono work to those in need. Additionally, Mr. Byars was instrumental in the organizing of the 1st Packs for Pints where nearly 100 backpacks with school supplies were donated to children in foster care in the Upper Cumberland. Mr. Byars also lectures annually at Tennessee Tech University on the topic of Knowing Your Rights and how to interact with law enforcement. Mr. Byars has also served as a guest lecturer at Tennessee Tech in the business law class and at the Cookeville Higher Education Campus in both the corrections class and the criminal justice class.

In his spare time, Mr. Byars enjoys family activities with his wife Hilary, their two daughters, and their American Bulldogs, Doc and Dolly. When he is not with his family, Mr. Byars enjoys sports and spending time outside and is an avid hunter and shooting sports enthusiast.

Tennessee
Board of Professional Responsibility of the Supreme Court of Tennessee
ID Number: 32604
Since 2013