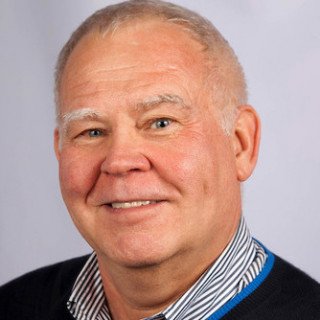 Greg Boos is a noted U.S. immigration lawyer and award-winning cross-border advocate. His practice emphasizes business immigration, and he represents a broad spectrum of multi-national companies and international businesspersons.

A results-oriented advocate, Greg has been named one of the world’s leading practitioners of U.S. immigration law by the International Who’s Who of Corporate Immigration Lawyers. Based on peer reviews, Martindale-Hubbell has awarded Greg an AV Preeminent rating, a testament to the fact that his colleagues rank him at the highest level of professional excellence.

Greg received his Juris Doctor degree from the University of Idaho in 1977. He is a member of the Washington State Bar Association and the bars of various U.S. Federal courts. He is also licensed as a Practitioner of Foreign Law by the Law Society of British Columbia. The International Criminal Court has approved Greg to practice before it and includes him as one of approximately 300 lawyers worldwide on its List of Counsel.

Greg is an Adjunct Professor at Western Washington University where he acts as an external advisor to its Border Policy Research Institute. He is President of the Pacific Corridor Enterprise Council, a Vancouver BC – based non-profit organization formed to promote cross-border trade and advocate for removal of barriers that impede the legitimate flow of people, goods and services across the Canada/USA border.

Attorneys worldwide read Greg’s articles regarding cross-border tactics and strategy. He is a regular speaker at conferences where he shares his expertise on border security and other immigration-related issues.

Greg’s latest pro-bono effort centers around expedited removal, a process by which persons may be barred entry from the United States for 5 years to life. A brief that Greg has prepared for filing in a major court challenge to expedited removal can be found at this link: Amicus Brief of 9th Circuit Case

Chair- Border Task Force
Whatcom COVID-19 Unified Command
2020 - Current
When there is a large-scale emergency, like a flood, active shooter or earthquake, FEMA recommends that communities form a single unified command structure so that federal, state, tribal, local and private sector personnel can work together efficiently to tackle the all the issues related to the emergency. Whatcom Unified Command is Whatcom County’s local response to the challenges we face with COVID-19. Whatcom Unified Command is comprised of every local jurisdiction in Whatcom County. Additionally, we are in collaboration with our non-governmental partners such as county food banks, businesses, and other service providers to maintain continuity of services.

Principal
Cascadia Cross Border Law www.Cascadia.com
1979 - Current
Cascadia Cross-Border Law (www.cascadia.com) is a U.S. immigration law firm known for providing exceptional representation, personalized attention, and responsive service to its clients. We have assisted scores of businesses and individuals in U.S. immigration matters over the past three decades and take great pride in our successes on their behalf. This commitment to excellence has earned us a reputation as effective, efficient, and ethical providers of immigration-related legal services, and is reflected in our industry ratings.

The North American Arctic: Themes in Regional Security (Chapter 3:The History of the JayTreaty, and its Significance to Cross-Border Mobility and Security for Indigenous Peoples in the North American Northern Borderlands and Beyond)
University College London
2019

American Indians (and Inuits) Born in Canada and the Right of Free Access to the United States,2014 Seattle University School of Law Arctic Encounter Symposium; Seattle, WA, 3rd Annual Arctic Encounter Symposium, Seattle, WA
February 7, 2014
Seattle University School of LAW
The goal of the Arctic Encounter Symposium is to engage participants in a focused discussion, through a balanced forum, highlighting shared interests and concerns of the United States and the global community as it looks north to the last emerging frontier - the Arctic. The Symposium will incorporate a diverse group of leaders and experts to debate how a rapidly changing Arctic impacts international law, domestic policy, business and commerce, the environment, and the people of the Far North.

Federal District Court for the Western District of Washington
Since 1981