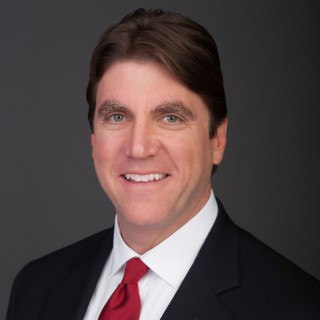 Mr. Brod, a member of the San Francisco Trial Lawyers Association, the American Bar Association (ABA), the Sonoma County Bar Association, and the Consumer Attorneys of California, developed his skills at Belli & McLean, carrying on the tradition of the great Melvin B. Belli (1907-1996), prior to forming the Brod Law Firm's San Francisco office, and later, Brod Law Firm. Gregory Brod has argued and tried cases across the State of California involving serious personal injuries and wrongful death, legal malpractice, oil and gas, and business disputes, and has obtained many millions of dollars on behalf of his clients who have been injured or wronged. In defense cases and advisory matters, Mr. Brod has helped his business clients save many millions of dollars.

Greg Brod has been published in areas including legal malpractice, tenant habitability, as well as general torts and negligence. Mr. Brod has hosted continuing legal education seminars on topics including attorney's fees, and is regularly interviewed by Bay Area television news stations and the San Francisco Chronicle regarding various legal matters. Mr. Brod is a former Certified Contract Advisor with the National Football League Players Association ("NFLPA"). Greg Brod is the Executive Director of Project Angel Hair, a not for profit organization that supports breast cancer patients.

Fee agreements - limiting the time in which legal malpractice claims may be brought
Plaintiff Magazine
April, 2013

United States District Court for the Central District of California

United States District Court for the Eastern District of California

Q. We were in an accident where the other driver was racing at 90+mph and hit us on driver front. Who's at fault?
August 23, 2022
A: California Vehicle Code Section 22350 states “No person shall drive a vehicle upon a highway at a speed greater than is reasonable or prudent having due regard for weather, visibility, the traffic on, and the surface and width of, the highway, and in no event at a speed which endangers the safety of persons or property.” If the police or Highway Patrol responded, I would expect the other driver would be cited for a violation of this code section. Regardless of what a Traffic Collision Report says, however, you should be able to prove this collision was the other driver’s fault, particularly with your witnesses' statements. Good luck and I hope no one was severely injured.

Q. Why would my accident attorney request my insurance provider information if the accident was caused by the other driver?
June 9, 2021
A: There are several reasons. First, in California, a driver is required to have insurance in order to be able to recover certain damages, even if an auto accident is the fault of another person. Second, the responsible driver could have no insurance, or a limited amount of insurance. In this case, one's own uninsured or underinsured motorist provision in the auto policy could be a source of recovery for damages. Good luck and hopefully you will have a speedy recovery from your injuries.