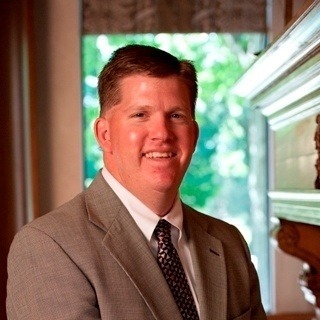 For most people, the purchase of a home is the largest single investment they will ever make, and naturally, they're nervous about it. They want someone trustworthy to lean on, someone knowledgeable to handle the paperwork, someone well-versed in legal matters to represent them at the closing. They want someone like Harold Adams.

With his dual background in finance and law, Harold brings a unique combination of skills to the table. In addition to a solid foundation in residential and commercial real estate transactions, Harold is well-grounded in general business matters, including the foundation of new corporations and partnerships and the sale and purchase of existing businesses.

Harold holds both graduate and undergraduate degrees from the University of Illinois. He graduated with distinction and a Bachelor of Arts in finance in 1993; three years later, he earned his Juris Doctorate. Harold went on to become a CPA in 1999. Prior to joining Meyer Capel, he was associated with a Bloomington-Normal law firm where he concentrated primarily on real estate, probate, and estate planning and small business law.

Harold is a member of the American and Illinois State Bar Associations; from 1997-98, he served as treasurer of the McLean County Bar Association. He is active in Big Brothers/Big Sisters and Champaign-Urbana Sunrise Rotary. Harold served as co-chairman of the Jaycees' countywide food drive for two consecutive years and in 1999, was named Member of the Year of the Bloomington-Normal Junior Chamber of Commerce.

Harold enjoys sports, particularly golf, basketball and University of Illinois athletics. He and his wife Prudence reside in Savoy, Illinois with their son Drew and daughters Ruby and Sophia.