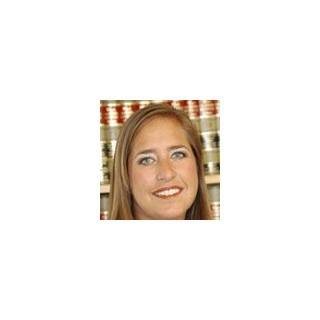 San Diego Criminal Defense Attorney Heather A. Melone was born and raised in Southern California. She grew up in the Los Angeles area and graduated from the University of California, Santa Barbara in 1997 with a Bachelor of Science degree in Environmental Studies. During her time at UCSB, Heather became interested in obtaining a law degree as she realized that to effectuate real change she would have to either work within the confines of the current law, or work to change the laws.

After graduating from UCSB, Heather joined the United States Peace Corps and spent three years volunteering in Thailand. After returning to Southern California in 2000, Heather was determined to find a job in the legal field in San Diego. She was quickly offered a job as a legal assistant for a prominent criminal defense law firm, Steigerwalt & Associates. For the next eight years Heather worked her way up the ranks in that firm. She continued to work part-time as a law clerk while earning her Juris Doctorate degree from California Western School of Law. Heather graduated from CWSL in December 2005 and passed the California State Bar on her first attempt. When Heather became a licensed attorney in 2006 she was offered an attorney position with Steigerwalt & Associates.

Through the years of working in the criminal defense field, Heather developed a strong passion for criminal defense work as it easily aligned with her strong desire to help those in need. She realized that a majority of the clients she worked with were good people who had either been wrongfully accused, or had found themselves in sticky situations and made split second decisions without fully knowing or thinking through the consequences of their actions. The more experience Heather received in the criminal justice field, the more she realized that it was her calling to defend the wrongfully accused and advocate for fair resolutions for the guilty. When Steigerwalt & Associates merged with Pacific Law Center in 2008, Heather stayed true to her values and decided to start her own firm. Since then she has been a successful sole practitioner and enjoys personally handling all aspects of her clientsâ case.

Blog
Keep up to date with the law!