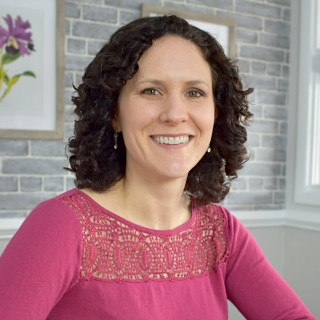 Heidi Boas has dedicated her legal career to assisting asylum-seekers, refugees, and other immigrants through her work with the U.S. Government, United Nations, and non-profit organizations.

Ms. Boas joined Wilkes Legal in 2018 after four years of government service with U.S. Citizenship and Immigration Services (USCIS) and the Department of State. From 2014-2017, Ms. Boas worked at the Arlington Asylum Office, where she adjudicated the asylum claims of applicants from around the world. As a Senior Asylum Officer, Ms. Boas handled complex applications for asylum, including long-pending cases involving national security and terrorism-related issues. Ms. Boas also managed a team of asylum officers adjudicating applications for permanent residence under the Nicaraguan Adjustment and Central American Relief Act (NACARA). In 2017, Ms. Boas transferred to the Department of State’s Bureau of Population, Refugees, and Migration, where she advised senior officials on policy issues related to the U.S. Refugee Admissions Program.

Ms. Boas began her legal career as an Equal Justice Works Fellow with the Immigration Legal Services program at Catholic Charities in Washington, D.C. During her six years at Catholic Charities (2007-2013), Ms. Boas was promoted to Senior Attorney and successfully represented hundreds of clients in humanitarian and family-based immigration cases before USCIS, the Immigration Courts, Department of State, and the Board of Immigration Appeals. As an attorney, Ms. Boas has focused on serving the African immigrant and refugee community in the Washington, D.C. area. Ms. Boas has represented clients from over 40 African countries and founded the African Women’s Empowerment Workshop in 2008 to empower African women who are survivors of domestic violence.

Heidi Boas is a graduate of Berkeley Law (Boalt Hall) and Stanford University. She is barred in Maryland and speaks French and Spanish.