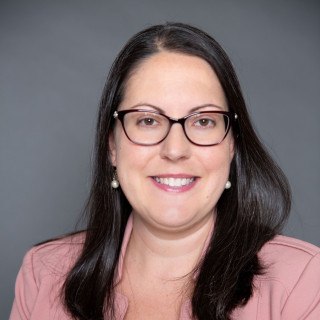 Holly Chapman moved to Augusta from Sandy Springs, Georgia in 2009 when she began her career as a criminal defense attorney. Prior to that, she studied chemical engineering at the Georgia Institute of Technology and obtained her bachelor’s degree. She went on to earn her law degree from Georgia State University, where she was awarded honors for litigation.
Although she initially worked for a small civil firm, she knew that she wanted to pursue other opportunities. Her passion for justice and defending the rights of individuals made criminal law a natural choice. Over the past nine years, she has participated in approximately fifty trials, twenty-two of which she served as lead counsel. The nature of the charges in these trials ranged from misdemeanor shoplifting and obstruction of a law enforcement officer to aggravated assault, armed robbery, child molestation, and murder. Holly has represented hundreds of people in Magistrate Court, State Court, Superior Court, the Georgia Court of Appeals, and the Georgia Supreme Court.

As a member of the Augusta community, she has enjoyed participating in local organizations, including the Augusta Bar Association, Young Lawyers of Augusta, Augusta Youth Development Campus Mock Trial and Great Debaters programs, Friends of the Augusta Library, and Leadership Augusta (Class of 2016). Holly resides in Augusta with her husband, Mike, and their daughters.

Q. How much time do you get for malice Murder?
January 13, 2020
A: In Georgia, malice murder carries life in custody and can be either with or without parole. If you are sentenced to life with parole, you must serve 30 years in custody before you can be considered for parole. If you are sentenced to life without parole, you will never be considered for parole.

Q. How far back can they go on prior felony convictions to sentence you as a recidivist
October 10, 2019
A: All prior felonies may be used for the purpose of recidivist punishment as long as they can be proven. Successfully completed First Offender or conditional discharge sentences may not be used because those are not convictions. If you are facing a case where you may be subjected to recidivist punishment, you should be working with a lawyer to ensure you get the best outcome.

Q. Is there a limit of time that this type of case has to be concluded within from the date of alleged crime or conviction?
September 18, 2019
A: There is not a set period of time in which a criminal case has to be concluded. If too much time has passed, a defendant can move for a dismissal based on a violation of their right to a speedy trial as guaranteed by the Constitution. There is a four factor test that the courts use to determine whether or not such a motion should be granted. It is a nuanced argument. If you believe that you might have such a defense in your case, I would strongly encourage you to contact an attorney to analyse the particular facts of your case.