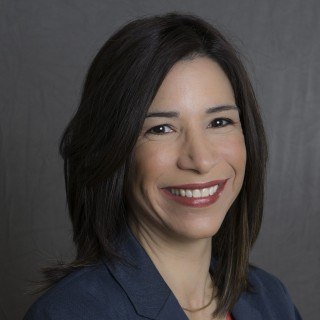 Ileana Rivera graduated from the University of Puerto Rico where she earned a bachelor’s degree in Business Administration. Rivera later graduated from a Juris Doctor at the Interamerican University, shortly after passed the Puerto Rico bar, and the U.S. District Court for the District of Puerto Rico bar. During those years, she worked for the Public Defender’s office in criminal defense, was law clerk to Honorable Brian K. Tester, U.S. Bankruptcy Judge, and interned at the Interamerican University Legal Clinic. Rivera worked Pro Bono at the Puerto Rico Bar Association for one year. Worked for two years for the Supreme Court creating and developing the visitor’s educational program, after which thousands of visitors were taught on the judicial system as well as the historic Supreme Court of Puerto Rico. Attorney Rivera opened her law firm in conjunction to an experienced immigration attorney, and has practiced Immigration Law since the year 2014 to the present.

Citizenship, Workshop, 5601 S Semoran Blvd, Orlando, FL 32822
May 25, 2019
Ana G. Mendez University - Metro Orlando Campus
This Citizenship workshop helps green cardholders through the citizenship application process. The applicants received one on one orientation on how to qualify, which documents to submit, and how to fill out the application form.

Know Yor Rights, Conference, Alco - Adult Learning Center
February 1, 2020
Mi Familia Vota
Close to one hundred adults from different ages and nationalities attended the "Know your Rights" Conference. After the conference, many participants asked questions about asylum, citizenship, and how to apply for a green card. Thanks to the Osceola County community for participating and learning about Immigration law.

Q. My husband is applying for Tps and work permit we are married but filing for divorce . Will that affect divorce?
June 14, 2021
A: Filing for divorce will not affect the TPS/EAD applications, nor the divorce process. If he qualifies for TPS he should apply. Best wishes to both.