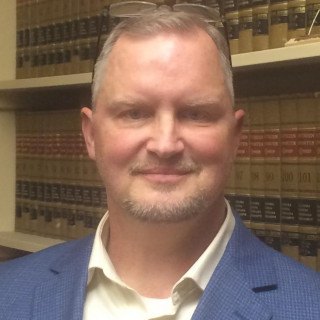 Heath Dillon was raised in Vernon Parish, Louisiana. He attended college at Northwestern State University for undergraduate studies, where he graduated with honors. He then attended the Louisiana State University Paul M. Hebert Law Center where he obtained his Juris Doctor degree.

Heath was admitted to practice law in Louisiana in September of 1996. After law school, Heath was commissioned as an officer in the United States Army Judge Advocate General’s Corps, where he served on active duty for 8 years in the ranks of First Lieutenant, Captain and Major.

In 2004, Heath resigned his commission as an Army officer in order to work for the Department of the Army at the Fort Polk Office of the Staff Judge Advocate as a civilian attorney. Heath worked in various positions within the Fort Polk legal offices, but spent most of his time as the senior and supervising attorney over the Fort Polk Administrative and Civil Law Office. There, Heath was responsible for providing legal guidance, advice and consultation to the senior leadership, management and supervisory staff of Fort Polk in broad ranging areas of the law such as contracts, labor and employment law, military investigations, regulatory and statutory interpretation, real estate and environmental law, as well as many other legal fields. Then, in the Summer of 2019, Heath retired from federal civilian service and began practice as an attorney in Leesville, Louisiana.

Managing Partner
Heath Dillon Law LLC
2019 - Current
Retired from service as a civilian with the Department of the Army Judge Advocate General's Corps to open my own practice in Leesville, Louisiana. My practice is a general law practice with emphasis in labor and employment law, criminal defense (military and civilian), all areas of military law, DUI/DWI defense, traffic offenses defense, and family law.

Chief, Administrative and Civil Law Division
US Army Judge Advocate General's Corps
2005 - 2019
Served as the civilian supervising attorney for the Fort Polk Administrative and Civil Law Division. Supervised an office of 4 civilian attorneys and multiple military attorneys, along with other support personnel. Served as the direct point of contact for senior leaders, managers and supervisors for all manner of legal questions.

Major, Senior Defense Counsel
US Army Trial Defense Service, Judge Advocate General's Corps
2003 - 2004
Served as the senior and supervising military trial defense attorney for the Fort Polk military installation. Supervised an office of five personnel. Assigned criminal cases to myself or other attorneys for defense. Defended over 40 military courts-martial, including all manner of crimes from murder to sexual assault, drug related cases, battery, theft, and general inability to adapt to military life. Also defended hundreds of military separation actions, along with general officer memorandum of reprimand.

Senior and Supervising Special Assistant United States Prosecuting Attorney
US Army JAG / US Attorney's Office
1999 - 2003
Directly responsible for prosecuting all civilian criminal misconduct occurring on the Fort Polk military installation. Managed and prosecuted a docket of offenses ranging from traffic citations to DUI to felony cases in coordination with the US Attorney's Office. Supervised three other Special Assistant United States Attorneys in this role.

Captain, Administrative Law Attorney
US Army Judge Advocate General's Corps
2000 - 2001
Military administrative law attorney. Responsible for providing guidance, advice and counsel to the senior military leadership at Fort Polk in all areas of military law and in areas of civilian law that impact a military installation.

Captain, US Army
US Army Judge Advocate General Corps
1996 - 1999
Legal claims defense attorney. Investigated and paid or denied claims made against the US Army for property damage, medical malpractice, etc. Supervised an office of 11 personnel.

Lawyer of Distinction - Criminal Law Defense
Lawyers of Distinction
2020
Nationally recognized for distinguished practice of law in the area of criminal law defense.

National Lawyer of Distinction - Military Law
Lawyers of Distinction
2020
Nationally vetted and recognized as a stand-out attorney in all areas of military law.

Q. I was charged in 2016. My arraignment was in 2017. My last court date was 1/10/2019. I've been on a continue w/o date
26 April 2021
A: Consider going to your appointed attorney's office to request an office visit. Also consider contacting the district public defender's office (the office that appointed your public defender) to request that your public defender contact you. You likely received written correspondence from that office informing you of the appointment of counsel at the beginning of your case. If not, look up your district's public defender's office contact information at this website - go to the district offices tab - http://www.lpdb.la.gov/index/index.php. Sometimes a delay in prosecution is a good thing. For example, it could be that the DA's Office is unsure whether they want to proceed. Forcing their hand may not be in your best interest. Could be that critical witnesses are unavailable, and the more time that elapses, the less likely they are to be available. Could be that your attorney is strategically waiting on the State to move on your case. Point is, don't assume your attorney doesn't have your best interest in mind. Be proactive, but not accusatory. Good luck.

Q. I was offered a plea deal that says 2 years hard labor suspended 3 years ASP. WHAT DOES THAT MEAN EXACTLY
26 April 2021
A: It means that you would be sentenced to 2 years prison with LA Department of Corrections, at hard labor. That prison sentence would be suspended (put on hold) and not served. You would be placed on 3 years adult supervised probation. There would be normal conditions of that probation. If you comply and successfully complete the 3 years of probation, you would not serve the 2 years of prison time. You would, however, be subject to probation revocation if you violate the terms of your probation. If your probation is revoked, you would then be subject to being sentenced to all or part of the 2 year prison sentence with the Department of Corrections, at hard labor. You should consult with a criminal defense attorney to discuss and consider the pros and cons of this sentence and the propriety of the State's offer.

Q. Is a military protective order still valid if the issuing commander has PCSd?
11 February 2021
A: Yes, the MPO is still an enforceable order, despite the issuing officer's PCS. Violation of the MPO could result in your appropriate punishment by the new command.