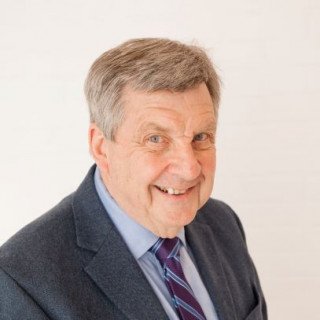 Jack Helgesen has spent his career winning big victories for the underdog for over 38 years. He has fought for injury victims as a state and national leader of the largest injury law associations. He has also won some of the largest settlements in Utah. Early in his career, Mr. Helgesen won one of the first million-dollar awards in a Utah medical malpractice trial. As a consumer trial lawyer, Jack Helgesen and his partners won one of the largest class-action cases in the history of Utah in the case of Brumley v. Utah Tax Commission. As an appellate lawyer, Jack has obtained several winning rulings from the Utah Supreme Court. As a victim advocate, Jack Helgesen has been a leader among American injury trial lawyers. He is a former President of the Utah Association of Justice, the largest injury lawyer organization in Utah. For 15 years, he was a Governor of the American Association of Justice in Washington, D.C., America’s largest organization of injury lawyers. He is a Master with the American Inns of Court and has trained other injury lawyers for many years. Jack has an AV rating from Martindale and Hubble, America’s oldest lawyer rating service. This honor puts him in the top 5% of American lawyers for legal ability and ethics. Mr. Helgesen graduated cum laude from Weber State University in Ogden, Utah. He received his Juris Doctor law degree from Brigham Young University. In 1982, he founded Helgesen, Houtz & Jones, which now has ten lawyers (including three of his sons). The firm has represented more than thirty-five thousand clients. Jack and his wife Koy have eight children and twenty-two grandchildren. They love family gatherings, noisy birthday parties, family trips, and the daily chaos of their large family. They also enjoy traveling. Jack and Koy are also BYU sports fans, Weber State fans, and are University of Utah fans when they are not playing BYU. For twenty-four years, Jack taught religion classes for BYU.

American Association for Justice
Board of Governors
2006 - 2010