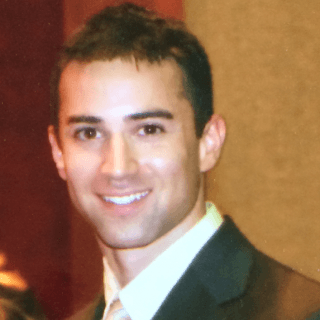 James King attended Southside High School in Fort Smith, Arkansas. He was active in athletics and graduated in 2002. After high school, he attended University of Louisiana, Lafayette, and earned a Bachelor of Arts with a major in political science/pre-law and a minor in English. While in college, James King ran both Division 1 track and cross country. After completing college in 2006, James contracted to serve in the Marine Corps and in May of 2008, he attended Officers Candidate School in Quantico, Virginia. He commissioned as a Second Lieutenant on 9 August 2008. After Officers Candidate School, James attended law school at the University of Arkansas, School of Law. He graduated from the University of Arkansas, School of Law in May 2011. Immediately after passing the Arkansas Bar examination, James King executed orders to Marine Corps Base, Quantico, Virginia. In March of 2012, James King left Mainside Quantico for The Basic School. Upon completion of The Basic School, he attended the Basic Lawyer Course at Naval Justice School, Newport, Rhode Island. There, he learned the basic skills necessary to practice as a Judge Advocate in the United States Marine Corps. While at the Basic Lawyer Course, James King was promoted to the rank of Captain. In December 2012, James King graduated The Basic Lawyer Course and executed orders to his present duty station. He served as a Criminal Defense Attorney for over 18 months before assuming command of Security Company. As Company Commander, James was administratively in control of the Marine Corps Installations-East Regional Brig Facility and the Camp Lejeune Provost Marshal’s Office. He ensured accountability, readiness, morale, and discipline for his Company of over 440 Marines. In September 2015, James was honorably discharged from the Marine Corps and relocated to his hometown of Fort Smith, Arkansas where he practices primarily Immigration Law.