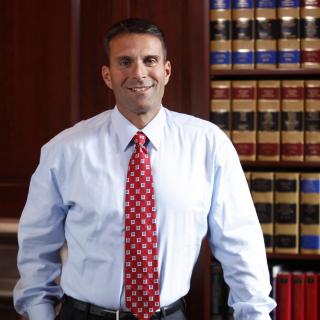 James D. Cardea received his undergraduate degree from Western Maryland College and graduated cum laude from the University of Baltimore School of Law, where he received American Jurisprudence Awards in Legal Analysis, Research and Writing (1992) and Domestic Relations (1994). He was also a Staff Editor for the University of Baltimore Law Review from 1994-1995 and was awarded membership to the Heuisler Honor Society. Mr. Cardea has been selected for inclusion in the Best Lawyers in America™ since 2011. Mr. Cardea has also been recognized as one of the Top 100 Trial Lawyers in Maryland™ by The American Trial Lawyers Association and a Top 100 Litigation Lawyer in the State of Maryland by the American Society of Legal Advocates. In 2015, Mr. Cardea was included as one of the 10 Best Attorneys for Maryland by the American Institute of Personal Injury Attorneys. Mr. Cardea has been selected by his peers for inclusion in Maryland Super Lawyers Magazine™ since 2010 where he has been recognized as one of the Top 100 attorneys in Maryland in 2012, 2013, 2014 and 2016. Mr. Cardea has also received an AV rating from Martindale-Hubbell™, a testament to the fact that his peers rank him at the highest level of professional excellence. Most recently, Mr. Cardea received the 2015 prestigious Top 10 Attorney Award for the State of Maryland from the National Academy of Personal Injury Attorneys, Inc. In 2009, Mr. Cardea was recognized by the American Biographical Institute as the Man of the Year for Outstanding Contributions to Law.