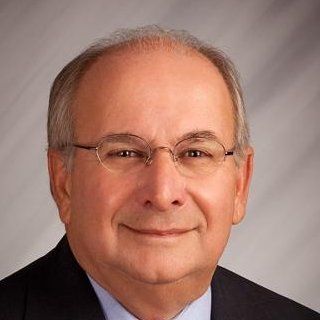 Attorney James Bianco has a broad and diverse practice. After law school, Jim was counsel to the Department of Health and Human Services. In that role, he co-authored the New Hampshire adoption law. Since then, Jim founded Bianco Professional Association's nationwide adoption practice and has become one of the premier adoption attorneys in New Hampshire.

Additionally, over the past 30 years, Jim has established himself as one of the premier attorneys and government relations advisors in the state of New Hampshire. Jim's expertise includes legislative, administrative, and regulatory matters. Throughout his career, he has served the interests of individuals, small businesses, and large corporations throughout New Hampshire, as well as national companies located throughout the United States. His practice includes the representation of industries such as healthcare, education, real estate, housing, banking, energy, and recreation as they relate to matters pertaining to regulatory issues, legislative processes, administrative law, and business strategies. Jim regularly appears on behalf of clients before the New Hampshire legislature and various state agencies.

Jim has devoted much of his practice to understanding the intricacies of the law and regulations, and parlaying this knowledge into effective and comprehensive advice for his clients.

Jim earned his Bachelor's Degree in Political Science from the University of New Hampshire, and his Juris Doctorate from Suffolk University Law School. He has served as an adjunct professor at Franklin Pierce Law Center and Notre Dame College.

Angel in Adoption
US Senator Jeanne Shaheen and the Congressional Coalition on Adoption Institute
2013
Senator Jeanne Shaheen selected James J. Bianco, Jr. as a 2013 Angels in Adoption™ recipient for his outstanding advocacy of adoption. The Congressional Coalition on Adoption Institute (CCAI), which orchestrates the Angels in Adoption™ program, honored Attorney Bianco at an awards ceremony in Washington, DC. The Angels in Adoption™ program is CCAI's signature public awareness campaign and provides an opportunity for all members of the U.S. Congress to honor the good work of their constituents who have enriched the lives of foster children and orphans in the United States and abroad.

Lawyer's Lawyer in the field of Lobbying
Business NH Magazine

Odyssey House
Board of Directors
Current