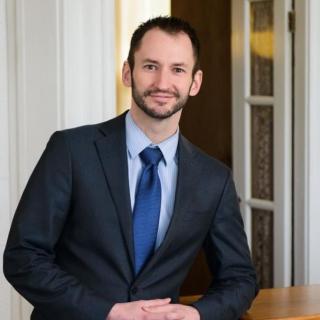 Jim attended William Mitchell College of Law (now Mitchell | Hamline) from August, 2012 until graduation in January, 2015. Jim focused on courses that teach practical skills of an attorney, including trial skills, negotiation, and mediation. While in law school, he tried three mock jury trials, numerous mock bench trials, and a juvenile certification trial. In his first year of law school, Jim received the Kirwin Award for Legal Professionalism. This award is given once per section each year to the student who most exemplifies what it means to be an attorney. Upon graduation, Jim received the prestigious Student of Merit award. This award is given once per graduating class to a student deserving of such recognition. Jim also served on numerous boards and councils, including the Minnesota State Bar Association Alternative Dispute Resolution board, the student chapter of the Minnesota Justice Foundation, and a Public Interest Law Fellowship co-chair. Prior to law school, Jim was a wine buyer and restaurant manager. There, he learned a sense of justice which fueled his passion for the law. In his spare time, Jim still enjoys good books, good food and wine, and the outdoors.