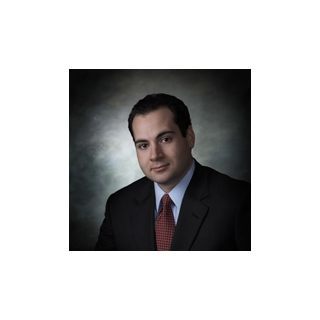 James J. "J.J." Uliano has been an attorney at Chamlin Uliano & Walsh since 2008. As a Partner, he practices in the Litigation Department by navigating Criminal Law matters in both Municipal and Superior Courts. Mr. Uliano also specializes in Plaintiff’s Personal Injury Law, Labor Litigation and Estate Litigation.

Mr. Uliano earned a Bachelor of Arts degree in history at Fairfield University in 2004 before attending the Seton Hall University School of Law to obtain a Juris Doctor degree in 2007.

Following graduation, Mr. Uliano served a judicial clerkship with The Honorable Lawrence M. Lawson, the Assignment Judge of the Monmouth Vicinage of the Superior Court of New Jersey from 2007- 2008.

At the New Jersey State Bar Association Annual Convention, Mr. Uliano has been a returning panelist. He also demonstrates his expertise in multiple areas of law as a presenter for the Institute of Continuing Legal Education, where attorneys must earn annual education credentials to continue practicing in NJ.

Mr. Uliano was honored with the Young Lawyer of the Year Award from the New Jersey State Bar Association in 2017. He has also been listed in the SuperLawyers list published by Thomson Reuters from 2019- present. Mr. Uliano was also nominated to the Rising Star list in 2012, 2015-2018.

Mr. Uliano is a lifelong resident of Monmouth County, where he now lives with his wife and four children.

New Jersey Bar Association
Member
2008 - Current
Activities: Mr. Uliano served as a panelist at the NJ State Bar Association Annual Convention as well as a member of the Board of Trustees from 2015-2017. He is also the former Chair of the Young Lawyers Division.

Monmouth Bar Association
Member
2008 - Current
Activities: Mr. Uliano has served as a member of the Board of Trustees since 2011. He is also the former co-chair of the Young Lawyers Committee, as well as a current member of the Criminal Practice and Entertainment Committees.

Blog
How is the Arbitration Process Handled in New Jersey?

FAQ#5 Who Will Pay my Medical Bills After a Car Accident?