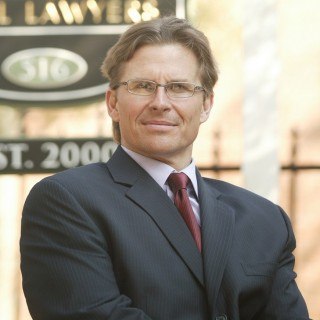 motorcycle accident. He sustained serious injuries and was permanently

paralyzed from the waist down.

Determined to finish what he started, Davis returned to law school six months after his injury and earned his Juris Doctor degree in 1993 from the LSU Law School in Baton Rouge Louisiana.

After passing the Louisiana and Texas bar exams, he accepted a position with Taylor and Cire in Houston, Texas. Davis practiced law with well-known Houston trial lawyer Rob Taylor for seven years and then opened his own law practice in 2001, the Law Offices of J. Robert Davis, P.C. The firm is centrally located in San Antonio, Texas, and represents clients throughout the United States.

Davis understands the physical pain and mental anguish his clients experience. “We are fellow travelers.” he says.“After my accident I had a lot of trouble with my insurance company. Right then, I knew my purpose as a lawyer was to fight for the rights of everyday citizens against insurance companies and big corporations.”

From his first days as a trial attorney until the present, Davis has exclusively represented victims and their families injured by the negligent act of others.

“I tried my first case to a jury on my third day as a lawyer,” Davis says. “It was a tremendous experience. After that, there was no doubting my purpose.”

Robert volunteers much of his free time working with non-profit organizations. He is an accomplished mono skier and outdoorsman. He is a board member of the Adaptive Sports Center of Crested Butte Colorado which enables winter and summer outdoor adventure activities for all persons with adaptive needs. He is the former Vice Chairman of the board of the U.S. Handcycling Federation, the governing body of competitive hand cycle racing and U.S. Paralympics.

The Injury Board Member
Current