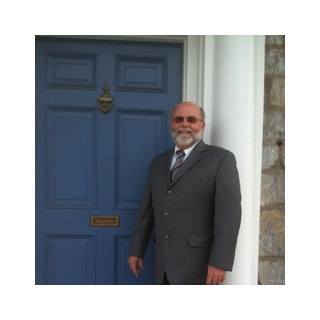 Jim was born in Binghamton, New York, but has lived in Cumberland County since age 3. He graduated from Trinity High School in 1973 and studied in the pre-law program at Indiana University of Pennsylvania for two years. After earning a Bachelor’s Degree in Humanities from Penn State University in 1977, Jim joined the work force at various large corporations, including ITT, Hershey Chocolate Company and Mellon Bank, working in the credit, collection and finance fields.

While employed at Harsco Corporation, Jim attended Widener University School of Law and earned his Juris Doctor Degree in 1999. He sat for and passed the Pennsylvania bar exam in July 1999 and was admitted to the bar of the Commonwealth of Pennsylvania in November of that year.

Jim presently lives in New Cumberland with his wife and daughter, who recently began her studies at Millersville University of Pennsylvania. When not practicing law, he enjoys working around the house and an occasional round of golf.

Jim joined Turo Robinson in May of 2001. He practices in the fields of real estate, municipal law, business formation, and wills, trusts & estates. Jim serves as the Solicitor for the Borough of Franklintown and Franklintown Borough Municipal Authority in York County, the Cumberland-Franklin Joint Municipal Authority, which serves areas of both Cumberland and Franklin Counties, and Shippensburg Township, Cumberland County. He is an approved attorney for Conestoga Title Insurance Company, a strong regional title insurer with its headquarters located in Lancaster, Pennsylvania.