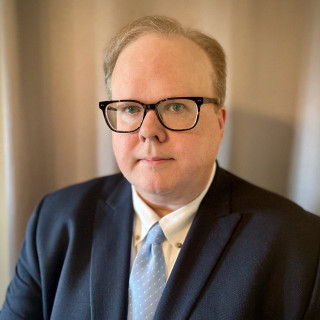 James S. Beam is a native of Baton Rouge, LA and an Eagle Scout (1992). Mr. Beam is a 1999 graduate of Louisiana State University and a 2002 graduate of the Mississippi College School of Law where he earned his J.D. Mr. Beam is admitted to practice in all Federal and State courts in the State of Mississippi and the United States Fifth Circuit Court of Appeals in New Orleans, LA.
Mr Beam has experience in a wide range of subjects including insurance investigations and litigation, personal injury, workers’ compensation, social security and opioid claims. His clients include everyone from disabled workers in need of workers’ compensation to large commercial insurance carriers. He has also previously represented the State of Mississippi’s Department of Transportation and successfully negotiated high value claims under the General Motors national victims compensation fund regarding GM’s faulty ignition switches. He is currently seeking compensation for victims in the Purdue Pharma Bankruptcy in New York.
He is currently outside counsel for one of the largest auto insurance carriers in the nation focusing on special investigations involving fraud and insurance crimes. He is an associate member of the Association of Certified Fraud Examiners and works closely with SIU (Special Investigation Unit) teams, law enforcement and the National Insurance Crime Bureau.

Aside from his primary law practice, Mr. Beam is of counsel to Rogers, Ainsworth & Williams, PLLC and regularly serves as co-counsel to M. Devin Whitt, PLLC. Mr. Beam has worked closely with and on behalf of clients for the firm throughout the State of Mississippi since 2002. He currently resides in Ridgeland, MS with his wife Asher Street Beam.