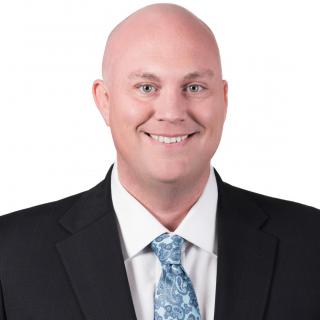 Jamie Cogburn is a Las Vegas personal injury lawyer and a founding partner of Cogburn Law. Cogburn Law is dedicated to representing clients in cases involving personal injury and consumer protection. Jamie has represented hundred of individuals harmed by the negligence of others and is highly committed to fighting for the compensation each deserves, whether through settlement or trial.

Jamie is honored to serve on the Board of Governors for the Nevada Justice Association. In addition, Jamie also acts as a Trustee for Citizens for Justice, wherein he fights for consumers’ rights in the state legislature. Jamie is actively involved in protecting the local community from the abuses of insurance companies while also dedicating a tremendous amount of time helping those in financial need. Jamie founded the non-profit organization, Give to Learn, wherein they provide scholarships to children who have overcome an adversity in their life. Prior to becoming President of Give To Learn, Jamie donated his time and resources to other charities, such as Three Square Food Bank, Boys and Girls Club, and Shade Tree.

Jamie is dedicated to taking cases to trial, which is evidenced by the jury verdicts and awards he has received throughout his career. Jamie is an AV-rated trial attorney and a member of the prestigious Multi-Million Dollar Advocates Forum, an impressive group of trial lawyers who have settled a case or won a trial for $2,000,000 or more. Less than 1% of lawyers in the United States qualify for membership.

If you or a loved one has been seriously injured due to negligence, call an experienced Las Vegas injury attorney at Cogburn Law Offices today for a FREE consultation. http://cogburncares.com/ https://twitter.com/Cogburn_Law https://www.facebook.com/CogburnLaw?r... https://www.youtube.com/user/CogburnL... 702.748.7777 2580 St....

Go to http://cogburnlaw.com/accident-attorney or call now for your free consultation 702.384.3616

Go to http://cogburnlaw.com/accident-attorney or call now for your free consultation 702.384.3616