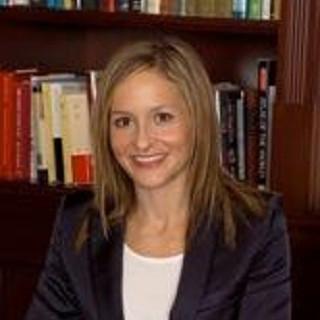 JAMIE L. GINGOLD is a 1998 honors scholar graduate of Tulane University, Newcomb College in New Orleans, Louisiana and a 2001 Dean’s Honor List graduate of Chicago-Kent College of Law. Ms. Gingold was admitted to the State Bar of Georgia in December 2001; and Georgia and U.S. District Court, Northern District of Georgia, in April 2002. Ms. Gingold is a partner at Gingold & Gingold LLC, where she represents individuals in consumer and corporate bankruptcy filings under Chapters 7 and 13 of the United States Bankruptcy Code. In addition, Ms. Gingold counsels individuals and companies on financial management in the event filing bankruptcy is not an option for a client.

Ms. Gingold has served on the Board of Directors of the Southeastern Bankruptcy Law Institute (SBLI) since 2013. The SBLI presents the country’s largest annual seminar on bankruptcy law and rules. This is a national seminar attracting more than 500 bankruptcy attorneys, Trustees, and Judges from around the country.