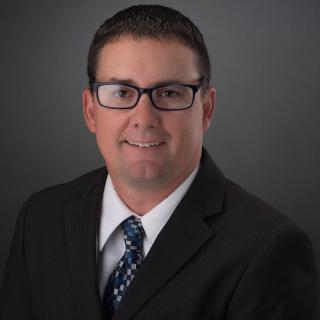 Jamie L. Cox is a partner at Willson & Pechacek, PLC, in Council Bluffs, Iowa. Mr. Cox’s general litigation practice focuses on employment and labor law, estate and trust litigation, personal injury law, business law, and civil rights law. He represents clients in Council Bluffs, Pottawattamie County and throughout Southwest Iowa and Eastern Nebraska. A native of Wapello, Iowa, Mr. Cox graduated with honors from the University of Iowa, where he earned bachelor’s degrees in history and sociology. He later obtained his law degree from The University of Iowa College of Law. Licensed to practice in the state courts of Iowa and Nebraska, Mr. Cox is also admitted to the U.S. District Courts for the Northern and Southern Districts of Iowa, the U.S. District Court for the District of Nebraska, the U.S. Tax Court, the Iowa Supreme Court, the Nebraska Supreme Court and the Supreme Court of the United States. He joined Willson & Pechacek, PLC, in 2001 and became a partner in 2006. Mr. Cox belongs to a number of professional organizations, including the Pottawattamie County Bar Association, the Iowa State Bar Association, the Nebraska State Bar Association and the Iowa Defense Counsel Association. He also belongs to the dispute resolution, labor and employment law and state and local governing sections of the American Bar Association. In addition to his professional commitments, Mr. Cox enjoys participating in his local community. He serves as a member of the Board of Directors of Children's Square U.S.A., as a soccer coach for the Council Bluffs Soccer Club, and a cub scouts den leader.

40 Under 40 Award
Midlands Business Journal
Honoring 40 of the greater Omaha area's top entrepreneurs, executives and professionals under the age of 40